NSSF: What gun dealers need to know about age-discrimination laws 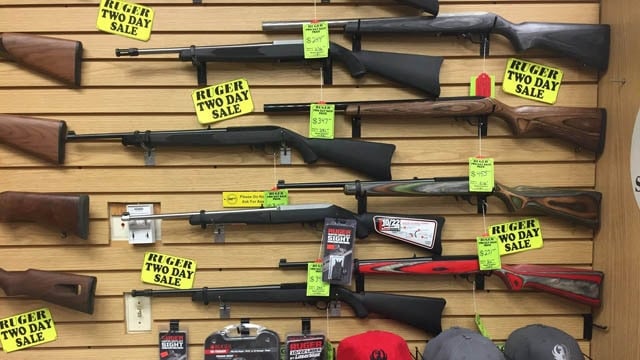 “NSSF respects the right of individual businesses to make their own decisions about what is appropriate for their business,” the organization said. “However, in making the decision to refuse to sell to consumers based solely on their age, FFLs need to be aware that such a policy may violate state or local laws barring age discrimination and potentially subject them to civil lawsuits or civil enforcement actions.”

Dick’s Sporting Goods led a bandwagon of corporate backlash against “assault-style” rifles last week, announcing its decision to pull the firearms from all of its stores, including more than 30 Field and Stream locations. Remaining rifles would not be sold to anyone under 21, Chief Executive Officer Edward Stack announced last week.

“Some will say these steps can’t guarantee tragedies like Parkland will never happen again,” Stack said. “They may be correct – but if common sense reform is enacted and even one life is saved, it will have been worth it.”

Walmart, Kroger and L.L. Bean followed suit. The retailers’ voluntary policy change came after congressional leaders and the president, himself, floated the proposal as a reaction to the Valentine’s Day shooting in Parkland, Florida. The accused gunman, 19-year-old Nikolas Cruz, murdered 17 former classmates and teachers with an AR-15, prompting many in favor of tougher gun laws to question why a teenager could buy a semiautomatic rifle.

The NSSF warns without comparable state or federal law restricting rifle sales based on age, gun dealers who willfully implement such rules “may be unwittingly opening themselves up to litigation and potential liability.”