Tribe ID Platform allows users to swap out patches to identify themselves via their holster. (Photo: Black Bunker)

Black Bunker unveils its new Tribe ID Platform, a recognition system designed to give carriers the ability to communicate their identity via their holster.

Crafted to work alongside the Fobus GL-2ND for Glock handguns, the Tribe ID Platform adapts to other Fobus holsters as well, granting users the ability to customize their setup. 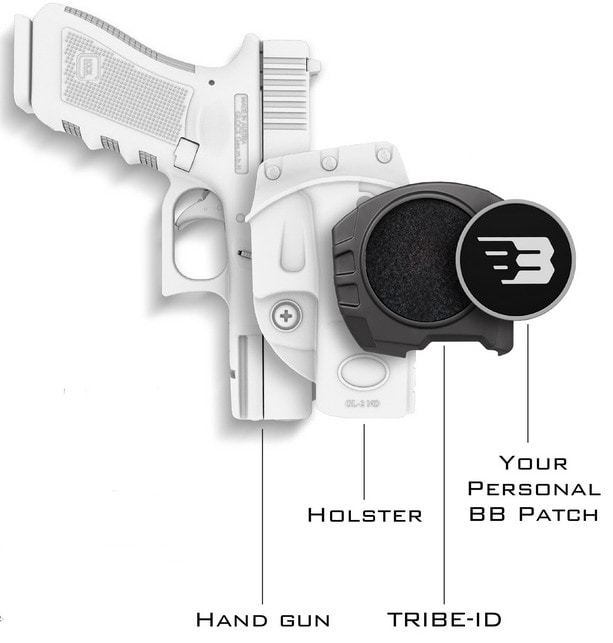 “Leading the way for a new generation of accessories, the Tribe ID Platform can be adapted to any individual, unit, force, team, group, belief, organization, family, state, nationality, place, or tribe,” President of Black Bunker, Romain Lecosnier, said in a press release. “Whether you’re in an urban or wilderness environment identification and communication is paramount. Customizing your holster with the Tribe ID Platform provides an added level of immediate, non-verbal contact making you even more prepared.”

The Tribe ID works with 54mm patches with its reinforced polycarbonate design. Though the Tribe ID made its debut at the 2018 IWA Outdoor Classics show, there’s been no word on its exact drop date or MSRP.