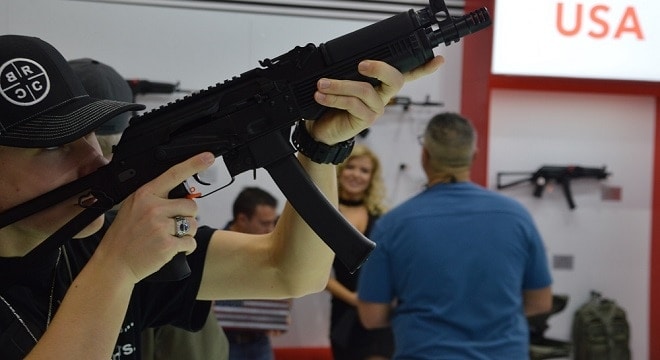 With as many as 3 million Americans aged over 18 but under 21 with their firearms rights on the line, many are joining pro-gun advocacy groups. (Photo: Chris Eger/Guns.com)

One of the nation’s largest Second Amendment groups said it has seen phenomenal growth in the number of members joining from one particularly threatened demographic.

The Bellevue, Washington-based Second Amendment Foundation announced Monday they have documented a 12-fold increase in the number of members and donors between the ages of 18 to 20 over the course of the past month.

During that time, several states as well as members of both parties on Capitol Hill and Pennsylvania Avenue have floated efforts to up the minimum age for gun sales from 18 to 21.

“We normally don’t get that many members or donors in that age group, since the gun rights movement typically trends toward older Americans,” said Alan Gottlieb, SAF’s founder. “But the 18- to 20-year-olds have never been specifically targeted before, and they are obviously alarmed.”

According to 2016 estimates by the U.S. Census Bureau, there were more than 13 million Americans aged 18, 19 or 20. While the minimum legal age to purchase a handgun has been 21 since 1968, those under the legal drinking age can still currently buy long arms such as rifles and shotguns as well as vote, enter into contracts and join the military.

Florida recently upped their age limit to 21 in the wake of a shooting by a 19-year-old that left more than a dozen dead at a high school in Parkland. That move brought a lawsuit from the National Rifle Association. Two other states, Hawaii and Illinois, had previously set a minimum age of 21 buy any gun, with the latter making exceptions for adults under that age if they are in the military or have a parent or guardian co-sign for a firearms ID card.

While SAF did not report how many new advocates they have, the group says they have “650,000 members and supporters.”

The NRA for the past several years has boasted of a 5 million member grassroots organization, with even left-leaning publications vouching for at least 4 million or so of those through the somewhat vague method of counting disclosed magazine subscriptions.

The NRA has also reportedly seen a jump in membership over the past month as have other national organizations such as Gun Owners of America along with state and regional gun rights groups.