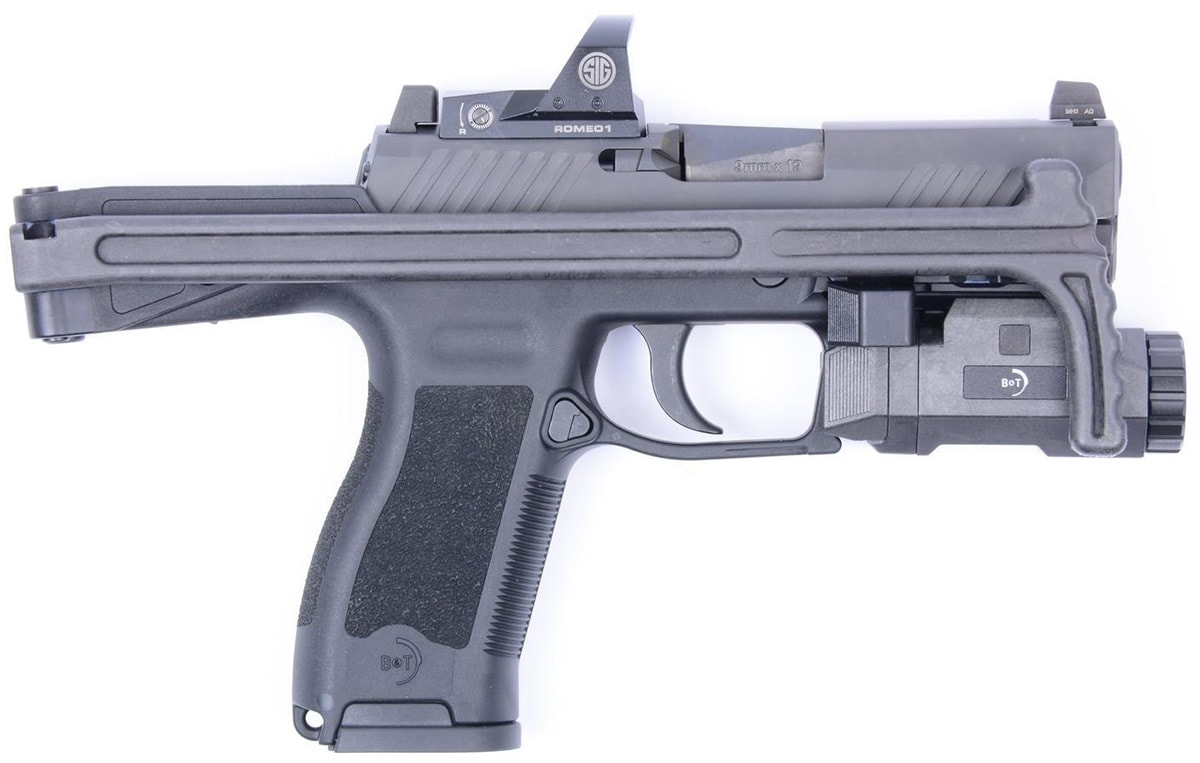 The USW-320 tips scales at 6.63-ounces with its foldable, ambidextrous design. B&T says installation takes just a couple of minutes. Users remove the serialized trigger group from the P320 and drop it into the USW-320 chassis. No further modifications are needed. The P320 slide and magazine are then reinstalled.

The chassis doesn’t come with any special restrictions, according to B&T, who said the firearm’s serial number is located on the trigger group and therefore the USW-320 itself is not considered a serialized firearm.

“SIG’s P320 striker-fired pistol is unique in that it gives the user complete modularity by allowing him or her to change frame size, fit and even caliber by simply swapping out the serialized trigger group,” Jon Scott, VP of Sales at B&T USA, said in press release. “The USW-320 builds on this modularity by providing a chassis that adds the stability of a folding stock along with ambi controls and an integrated Picatinny/NAR accessory rail.”

The USW-320 is set to appear in April 2018 though no word has been given on what price point the USW-320 is destined for. 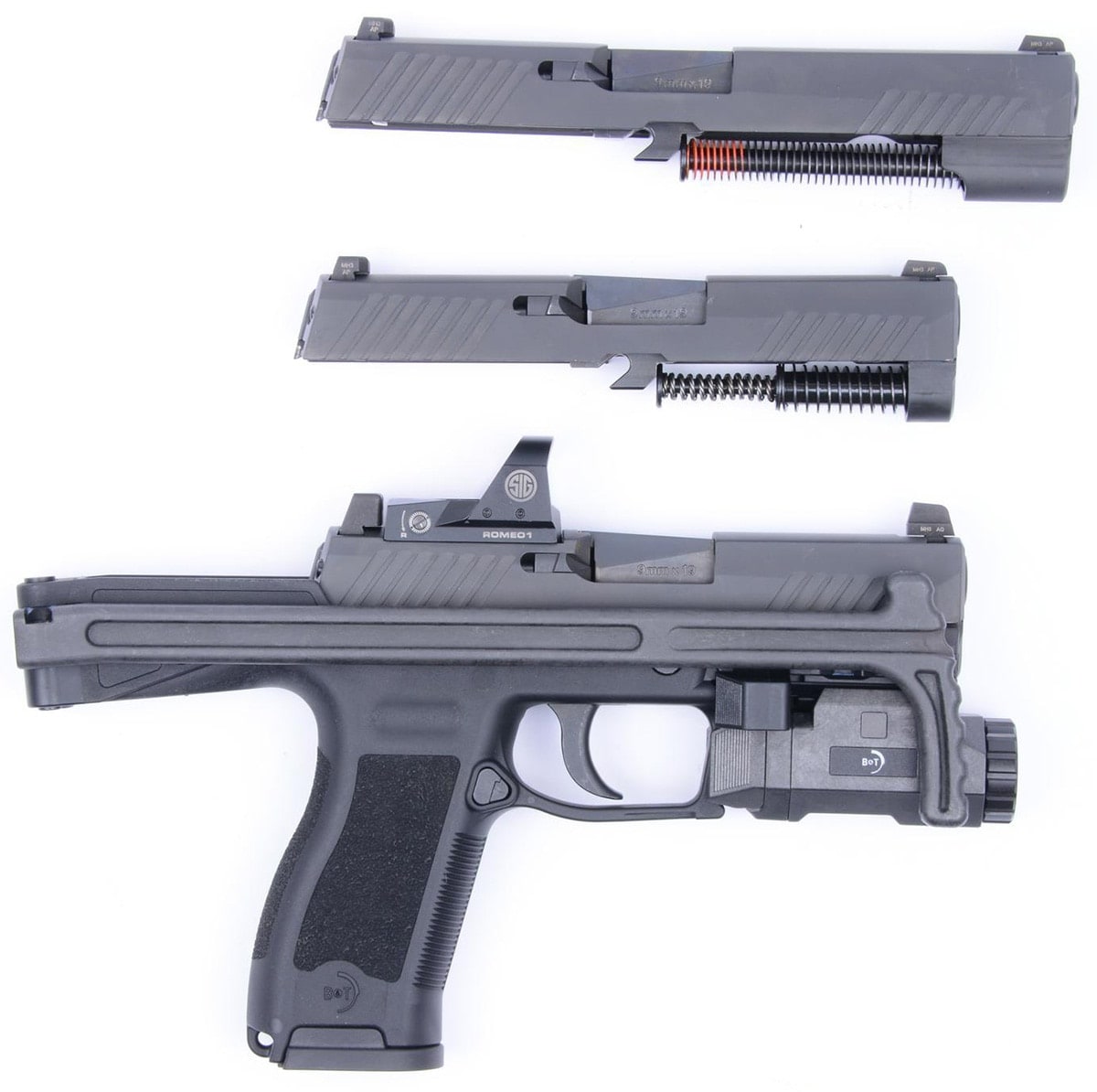 The setup takes just a couple of minutes to install. (Photo: B&T)