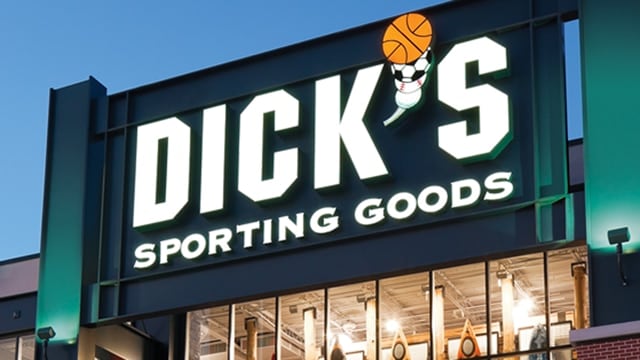 “The announcement we made two weeks ago regarding our firearms policy is not going to be positive from a traffic standpoint and a sales standpoint,” he told investors Tuesday. “There’s going to be the people who just don’t shop us anymore for anything.”

Stack’s Feb. 28 announcement indicated the company would ban gun sales to customers under 21 and permanently discontinue its inventory of “assault-style” rifles. Dick’s operates more than 700 locations nationwide, including 26 Field & Stream stores. The company removed AR rifles from its Dicks locations in the wake of the Sandy Hook shooting in 2012, but will pull all remaining stock from its Field & Stream locations, too, Stack said.

The policy changes come as a response to the Valentine’s Day shooting at Marjory Stoneman Douglas High School in Parkland, Florida that left 17 dead and 15 wounded. Accused gunman, 19-year-old Nikolas Cruz, attacked his former classmates and teachers armed with an AR-15 — a fact which has spawned calls nationwide for age restrictions on rifle sales.

“We support and respect the Second Amendment, and we recognize and appreciate that the vast majority of gun owners in this country are responsible, law-abiding citizens,” Stack said in a news release last month. “But we have to help solve the problem that’s in front of us. Gun violence is an epidemic that’s taking the lives of too many people, including the brightest hope for the future of America – our kids.”

“We believe that it is the job of companies that manufacture and sell guns and ammunition to work towards common sense solutions that prevent the type of violence that happened in Florida last month,” REI said in a statement earlier this month. “In the last few days, we’ve seen such action from companies like Dick’s Sporting Goods and Walmart and we applaud their leadership.”

In the meantime, Stack told investors “its too early to tell” how deep the impact of the new policies will be felt. “We’ve seen a bit of a difference in the hunt business, not an awful lot,” he said. “It’s too early to tell how this is going to be impacted, but we’ve got what we think the impact will be backed into our guidance.”