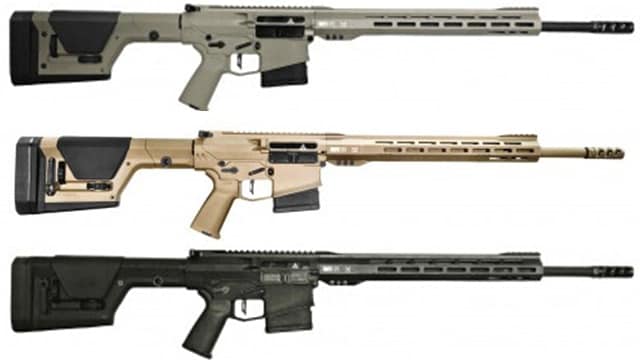 Rise Armament adds to its catalogue of AR -15s with the addition of the all-new 1121XR precision rifle chambered in one of long range’s favorite cartridges, the 6.5 Creedmoor.

Rise Armament says they’ve shaved off some weight, bringing the 1211XR to just over 10-pounds. This design makes the heavy-caliber gas gun “extremely portable” all the while promising sub-1 MOA accuracy, according to the company. The precision rifle boasts a 15-inch slim, aluminum handguard with M-LOK compatibility in addition to a Picatinny upper rail system.

“The 1121XR his levels of accuracy that a gas gun has never seen,” Matt Torres, president of Rise Armament, said in a statement. “With its emphasis on accuracy, it helps shooters remove their limits, making virtually any shooter better.”

The trigger is a Rise Armament RA-535 Advanced-Performance Trigger with an overall 3.5-pound pull that the company says is crisp with a short reset for quick follow-up shots on target.

Featuring an easy to clean black nitride finish bolt carrier group, the 1121XR also sports a stainless steel Rise Armament RA-701 Compensator designed to counteract recoil. The rifle is topped off with a Cerakote finish in black, foliage green or flat dark earth. Shipping with a hard case and two mags, the 1121XR is priced at $2,449.