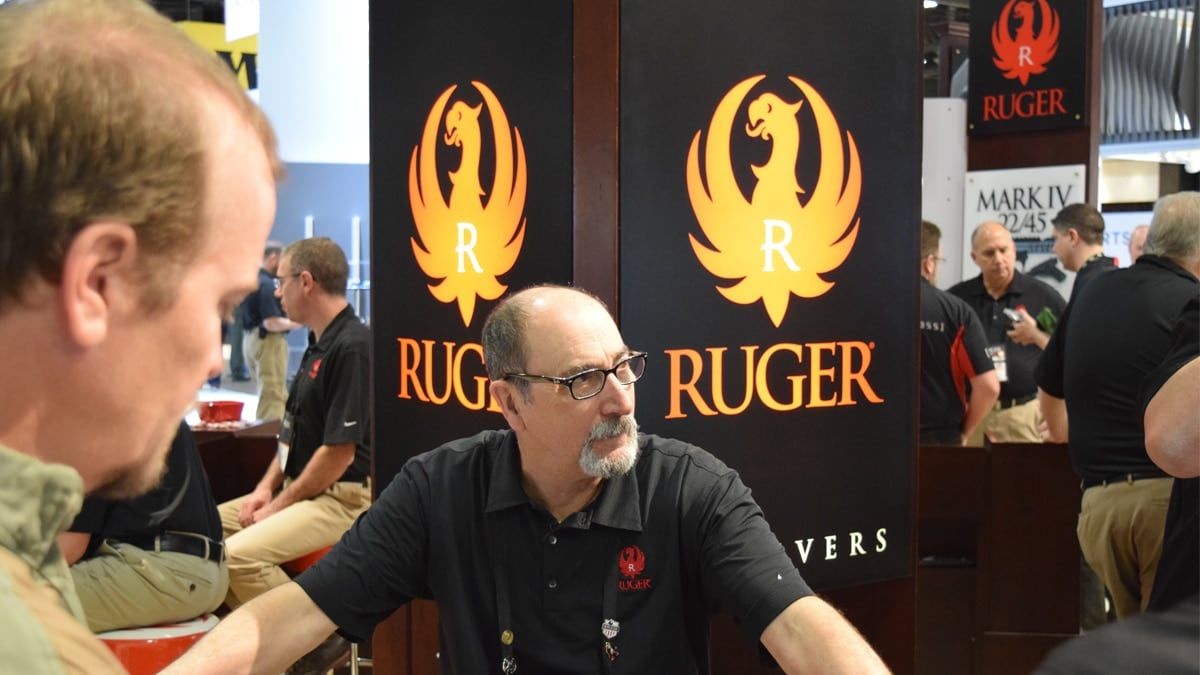 Sturm, Ruger & Company executives told shareholders Monday they do not and cannot support “stripping” gun rights away from millions of Americans “due to the evil actions of a small number of criminals.” That’s how the Connecticut company concluded their letter after receiving a questionnaire by BlackRock Inc, the world’s largest money manager with some $1.7 trillion in active funds, and as investment firms and banks review their relationships with the gun industry.

Influenced by the activism of students and victims after last month’s school shooting in Parkland, Florida, BlackRock said it wanted to provide more information to clients so they could make investments in line with their social values. The investment company asked publicly traded gun companies about their policies and practices so it could better understand the risks involved in the business.

After the 19-year-old gunman murdered 17 people and injured another 15 with an AR rifle at Marjory Stoneman Douglas High School, gun control activists turned to corporate America for action instead of lawmakers who have repeatedly failed to pass new firearm regulations. Major retailers like Dick’s Sporting Goods and Walmart opted to raise the age for buying long guns from 18 to 21, a measure the pro-gun White House briefly considered until abandoning it this week. Dick’s also ended the sale of “assault-style” weapons.

Ruger executives, president and chief executive officer Chris Killoy and board chairman Michael Jacobi, defended the industry’s current standards and warned that altering their practices under political pressure would actually create risk. “Political expediency flies in the face of our fiduciary responsibility as stewards of the Company for the benefit of shareholders. Moreover, many of the proposals being advanced, while well-meaning, run counter to what our customers actually want,” they said.

In defense of AR-style rifles, Ruger executives defined the ability of a semi-automatic rifle as firing one shot per trigger pull and explained Ruger has produced firearms with that basic operation since 1949. “We do not plan to discontinue the manufacture or commercial sale of Modern Sporting Rifles,” they said, adding few are used in crime.

“Thus, their legitimate uses by responsible citizens far outnumber their misuses by criminals, who clearly have serious mental health issues that should prevent them from possessing any firearm,” Ruger executives said.

The company execs boasted about Ruger having a perfect inspection record, saying since 2010, the Bureau of Alcohol, Tobacco, Firearms and Explosives conducted five full inspections at its three facilities across the country and inspectors found no violations. “We are extremely proud of our ATF compliance efforts and the robust program we have in place,” the executives said.

“In fact, we conduct our own compliance inspections using ATF protocol multiple times each year at our manufacturing facilities, which include 100 percent verification of all serialized inventory,” they said and added that Ruger also participates in the ATF Access 2000, a system that allows law enforcement to trace Ruger firearms recovered at crime scenes or from criminals.

In response to questions about safety features, company execs said Ruger has been “innovative” in developing firearm safety features. “We were the first to invent a way to incorporate a transfer bar into a Colt-type, single-action revolver, which can help prevent accidental discharges if the user neglects to handle the revolver safely,” they said.

But they criticized smart gun features, which would disable a firearm until a biometric like a fingerprint unlocks it, calling the technology “unreliable, easily defeated, or both.” Instead, they argued, their providing cable locks with new firearms “can help prevent unauthorized access without the complexities and drawbacks of ‘smart guns.’”

On Ruger’s effort to promote public safety, company execs pointed to their support of the National Shooting Sports Foundation’s FixNICS initiative. The trade group’s program aims to improve the federal background check system without the need for lawmakers to pass new laws. They also said they support other NSSF gun safety education programs, claiming such programs have a proven track record of decreasing gun-related accidents.

Executives clarified that Ruger does not sell guns directly to customers, but rather distributes shipments of guns to independent distributors and wholesalers which supply retailers with inventory. They explained each entity is licensed by the federal government and that before a firearm is transferred to a customer, the customer must pass a background check.

Competitor American Outdoor Brands, the holding company for Massachusetts gun maker Smith & Wesson, published an open letter to BlackRock last week that hit on many of the same points. Vista Outdoor has not yet published a letter and it’s unclear if it will. With brands like Savage Arms and about half a dozen ammo companies, the shooting sports make up more than half of Vista’s sales. But the corporate backlash has also impacted its non-gun related companies, with major retailers boycotting them as well.