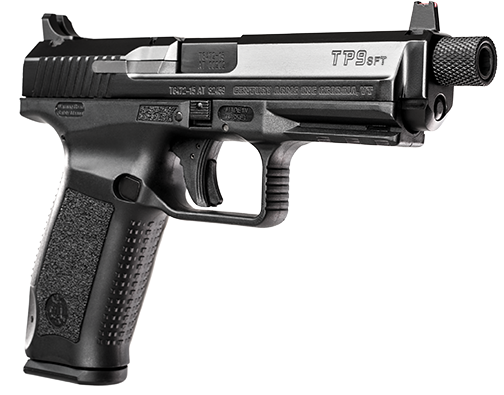 The TP9SFT is a suppressor ready take on the TP9-Series. (Photo: Century Arms)

Canik’s suppressor ready take on the TP9-Series pistol, the TP9SFT, is out the door and on its way to consumers, distributor Century Arms announced this week. 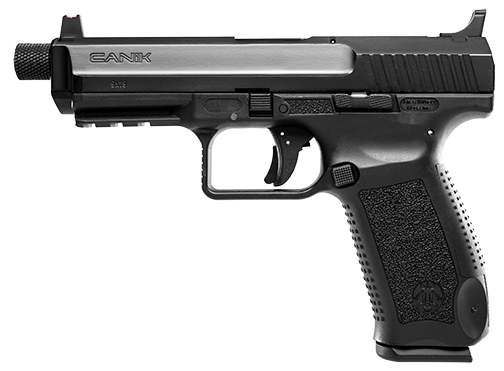 The TP9SFT is chambered in 9mm. (Photo: Century Arms)

“The TP9SFT is a natural evolution for the Canik TP-Series with the increased interest we’ve seen relating to suppressor ready platforms,” Jason Karvois, Century Arms Director of Sales said in a press release. “We listen to our customer base and are focused on offering the variants that they are looking for.”

Century Arms says the pistol’s threaded barrel and suppressor height sights will soon be available for consumers who already own a TP9SF but want to kick it up a notch with the addition of a can.

The TP9SFT ships with one 18-round mag, a 20-round mag, polymer holster with a paddle and belt attachment, two interchangeable backstraps, cleaning rod, brush, mag loader and carrying case. MSRP is $519. 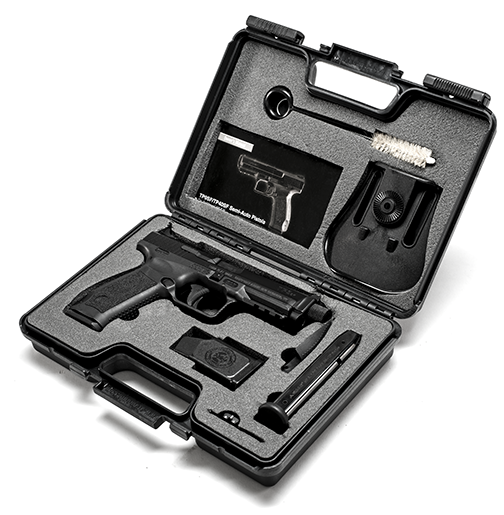 The pistol comes with a hard case and a variety of accoutrements. (Photo: Century Arms)