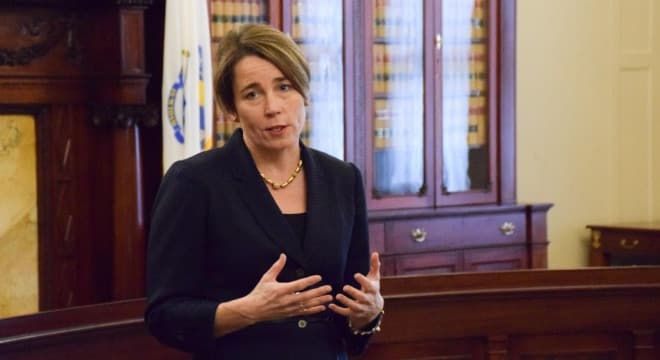 A federal judge on Wednesday rejected a move by Massachusetts Attorney General Maura Healey to dismiss a lawsuit against her arbitrary expansion of the state’s assault weapon ban.

The challenge, brought by four gun dealers and the National Shooting Sports Foundation, took Healey to task for her “enforcement notice” expanding the state’s longstanding ban on certain semi-automatic firearms to include guns that, up to that time, were considered “Massachusetts-compliant.”

Healey argued the case against her was without merit and should be dismissed, citing her decision was based on state law which she, as Attorney General, is tasked to interpret. This week U.S. District Judge Timothy S. Hillman did not concur with that assertion.

Hillman noted that the dealers had been able to widely sell their guns in the state “without sanction, suggesting that the law was previously (prior to the notices in dispute here) settled on this matter,” and that the dealers now must refrain from selling such guns because such sales may be illegal based on Healey’s new interpretation. This, noted Hillman, gave the case reason to proceed.

The court also held it was plausible that the Attorney General’s actions deprived the dealers of property without due process and the vagueness of Healey’s notice leaves open to speculation whether the firearms considered affected fell within the scope of her office’s enforcement, which gives the gun group grounds to continue their challenge.

“Attorney General Healey overstepped her authority when she issued the ‘enforcement notice’ banning certain firearms that have been lawfully sold in the state since at least 1998,” said Lawrence G. Keane, NSSF senior vice president and general counsel. Keane argues the Commonwealth’s top legal officer opened firearm retailers to criminal charges “without administrative process or input from affected parties,” and violated the Constitution in the process.

In 2016, Healy declared she was banning the sale of “copycat” rifles that shared common parts such as triggers or bolt carriers with AR-15s, AK-variants and others on the Commonwealth’s prohibited weapons list, saying that as many as 10,000 had been legally sold in the state last year. One of the more novel interpretations Healy used in defining what an assault weapon was under the Commonwealth’s law was in focusing on gun actions — which are the heart of a weapon platform rather than cosmetic features such as stocks and grips — through the use of an interchangeability test.

This led to a rush on stores by gun owners seeking to buy the newly prohibited models, as well as pushback from lawmakers and regulatory agencies.