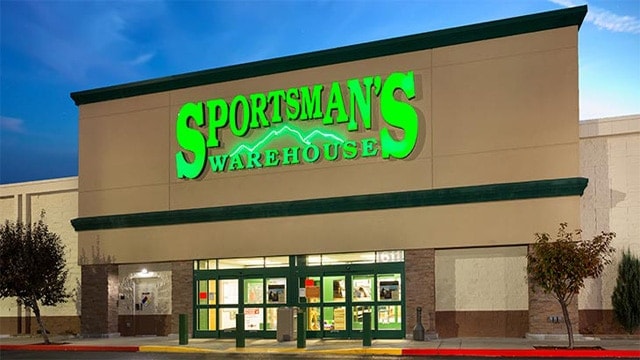 Sportsman’s Warehouse announced big changes in its top leadership this week. Chief Executive Officer John Schaefer resigned Wednesday as part of a transition plan years in the making at the outdoor retailer. Jon Barker, president and chief operating officer, will step into Schaefer’s leadership role just one year after Sportman’s Warehouse hired him.

“We recruited Jon Barker as President and COO last March with the expectation that he would not only apply his expertise in heading up our growing e-commerce platform, but would also be prepared in time to be our next CEO,” Schaefer said in a news release Wednesday. “The Board and I are all impressed by the significant contributions Jon has made over the last year. We are confident Jon is prepared to lead the company’s next phase of growth by expanding its national retail footprint and accelerating its e-commerce capabilities as a full-fledged omni-channel retailer.”

Under Schaefer’s direction, Sportsman’s Warehouse nearly quadrupled its footprint, growing from 25 locations to almost 90 in just nine years. He said “the time is right” to let the next generation of executives take over.

“Our Company is in excellent financial shape, our growth strategy is clear and I feel confident about our strong positioning in the outdoor sporting goods niche,” he said. “I am proud to have had the opportunity to lead this exceptional company.”

The retailer reported declining same store sales during its third financial quarter ending Oct. 28 — blaming double digit losses on guns and ammunition for dragging performance down. Schaefer famously vowed to reject his competitors’ “race to the bottom” on pricing during the so-called “Trump slump” of 2017 — a decision he stood behind while discussing slumping sales with investors in November.

“We again navigated a difficult operating environment but were pleased to deliver gross margin expansion … and make continued progress against our key strategic priorities as we focus on driving further market share gains,” he said.

Board Chairman Chris Eastman thanked Schaefer Wednesday for transforming the retailer during his tenure into its current leadership position within the industry.

“He has worked tirelessly from when we hired him almost nine years ago, achieving results significantly greater than we expected at the time,” he said. “John’s preparation over the last year for a smooth transition upon his planned retirement is just one example of his thoughtful leadership. We have equal confidence in Jon Barker and the rest of the executive team and expect Sportsman’s will continue to grow and evolve under their leadership in ways that will benefit our shareholders, our employees and our loyal customers.”

“It is a privilege to be appointed as the next CEO for Sportsman’s Warehouse,” he said. “I have enjoyed working directly with John over the past year and am grateful for his partnership, as well as the strong team he has built at the company. I am excited to work with the Board and our great team to lead the next chapter of growth for Sportsman’s Warehouse and tap the many opportunities we see ahead for the business.”

The retailer will release its fourth quarter results and full year earnings March 28.