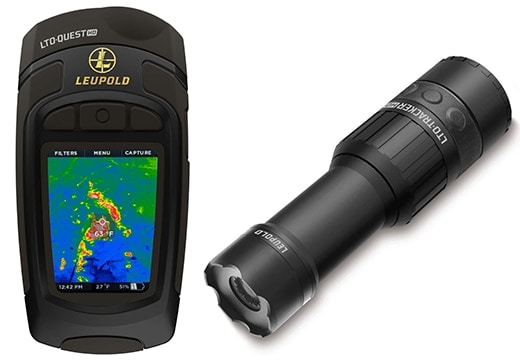 The LTO-Quest HD, left, and LTO-Tracker HD, right, are the latest thermal products to hit the Leupold line. (Photo: Leupold)

The new models expand on the company’s thermal offerings, delivering HD quality with more features. The LTO-Tracker kicks off the new goodies with its second-generation thermal sensor which detects heat out to 750 yards.

Featuring a new 390 x 390 pixel full circle display, the LTO-Tracker HD boasts Copper Range color palettes not offered on previous models. The device also detects temperatures from -40 degrees Fahrenheit to 572 degrees and can operate in temps as low as -4 degrees and as high as 140 degrees.

Following the LTO-Tracker is the LTO-Quest HD which touts a handheld thermal device, camera and dual-mode 300 lumen flashlight. The Quest HD  puts its advanced thermal sensor to use to detect targets out to 750 yards with storage space for up to 3,000 images Using a 320 x 240 pixel display with Gorilla Glass, the device can operate up to four hours with continuous use. 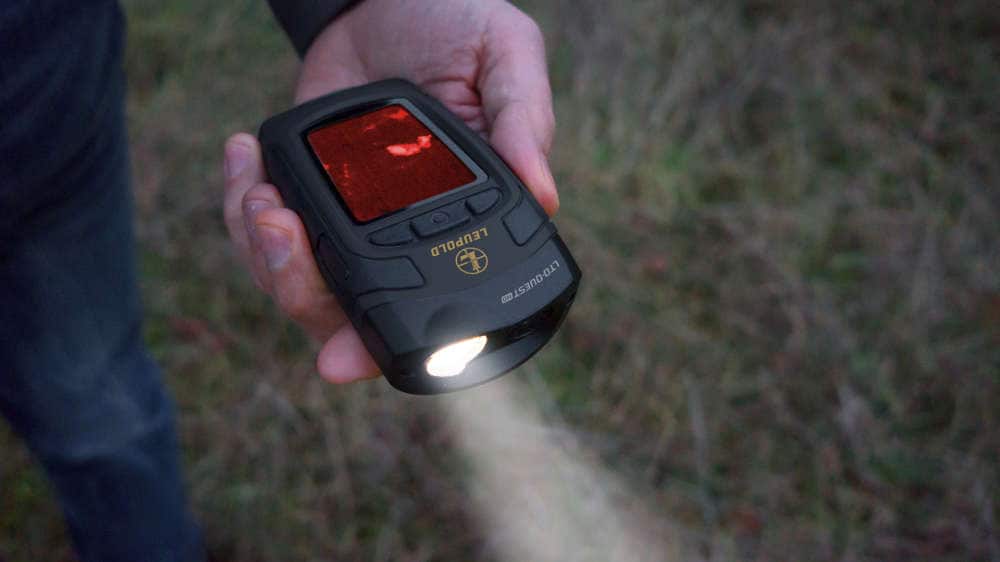 The LTO-Quest features a flashlight, camera and handheld thermal device all in one. (Photo: Leupold)

“When we launched the LTO-Tracker and LTO-Quest, we knew it was just the beginning,” Tim Lesser, vice president of product development for Leupold & Stevens, Inc., said in a press release.

“The new LTO-Tracker HD and LTO-Quest HD represent the next step for the line – they offer superior detection distance and a bevy of other features that make them essential gear, akin to a binocular or rangefinder,” he added.

Both devices are available from Leupold with MSRPs at $1,299 for the LTO-Tracker HD model and $974 for the LTO-Quest HD.