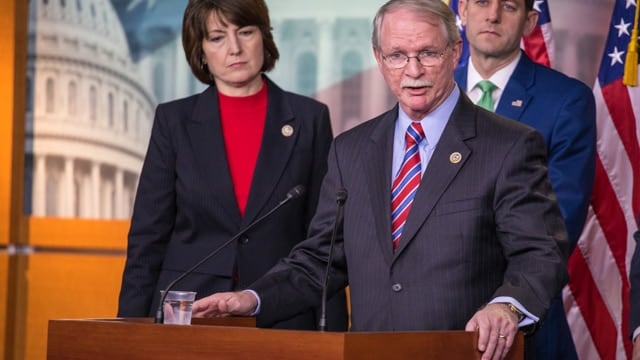 A measure — supported by two leading gun rights groups — to appropriate some $50 million per year for school safety systems passed with overwhelming support in the House last week.

Ninety-five percent of Congressmen voted Friday to advance the Student, Teachers, And Officers Preventing School Violence Act, legislation that would provide grants to help schools develop threat assessment and reporting systems as well as the tools and staff to operate them.

Rep. John Rutherford, a Florida Republican, filed the bill in January, but the measure gained traction following the mass shooting in Parkland, Florida, that left 17 people dead and 15 others injured.

Rutherford said the bill would bolster “several vital layers of that security by giving students, teachers, and officers the resources and the training they to identify warning signs and keep violence out of our schools and away from our children.”

Utah Sen. Orrin Hatch sponsored an almost identical measure in the Senate after meeting with President Trump in a round table discussion on preventing future school shootings. He described the legislation as uniting ideas shared by both Republicans and Democrats like buying metal detectors, locks and notification systems.

In the spirit of bipartisanship, the measure excludes arming teachers, a solution supported by pro-gun groups and Republicans but is largely panned by Democrats and education groups. However, the measure still had critics.

Even though Rep. Jerrold Nadler, a Democrat from New York, voted in favor of the House bill, he argued the measure addresses symptoms of the problem of gun violence rather than the root cause.

“This bill does not include any provisions to strengthen our gun laws or to help keep guns out of the hands of those who should not possess them,” Nadler said.

He explained he supported the measure, despite his concerns, because he wants to do more to make school safer. However, he hopes the bill will evolve as it advances through the legislative process.