Broward deputy accused of sleeping on duty at Stoneman Douglas 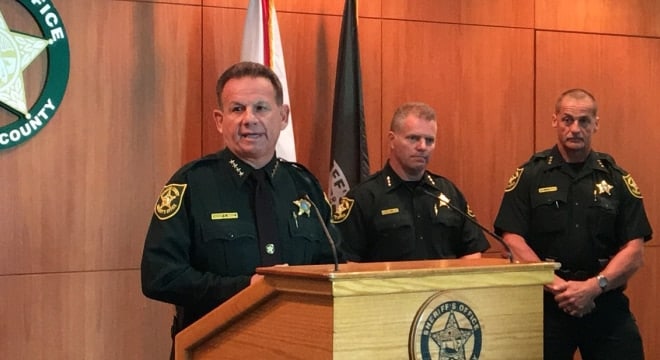 Broward County Sheriff Scott Israel welcomed an offer to have Florida state police help guard the entrances and exits to the school after one of his deputies was found asleep on the job Tuesday. (Photo: BCSO)

A deputy assigned to secure Marjory Stoneman Douglas High School in Parkland, Florida has been suspended after he was spotted taking a nap in his car.

The school, site of a shooting that left 17 dead last month, has upped its security as students and staff return to campus and the deputy believed to be asleep, Moises Carotti, was part of that effort. A Broward County Sheriff Department sergeant reportedly found the deputy sleeping in his patrol car around 5 p.m. Tuesday outside of the 1200 building, site of the murders. Carotti was suspended with pay, pending an internal affairs investigation.

The news came the same week that two Stoneman students were arrested after they were found with knives, a third after making what were taken as threats on social media, and the brother of Parkland shooter Nikolas Cruz taken into custody while trespassing on campus. The brother arrested, Zachary, reportedly admired the elder Cruz’s popularity which he said helped with “how many girls he’s capable of attracting” after the mass shooting.

“Of all the schools in America, you would think this would be the safest one right now,” said U.S. Sen. Marco Rubio, R-Fla. “This is so outrageous it’s almost impossible to believe.”

Florida Gov. Rick Scott, just after Carotti’s suspension, offered state troopers to the school citing concerns he had been presented with by parents and students from Stoneman.

While the county bills that it has the largest fully accredited sheriff’s office in the country, with 5,800 employees and an annual operating budget of $730 million, Sheriff Scott Israel welcomed the additional assets offered by Scott, saying “This will ensure that all entrances & exits at MSD High School are secure.”

Israel has been under fire for his department’s actions both leading up to and during the shooting, with the deputy assigned to the school on that fateful day resigning in disgrace after it was revealed he did not enter the building during the incident. Notably, Broward County was not named to be a part of the multi-agency task force looking into the shooting, while a concurrent investigation is ongoing by the Florida Department of Law Enforcement.