Nevada's statewide limit on gun discharges on the back burner, for now 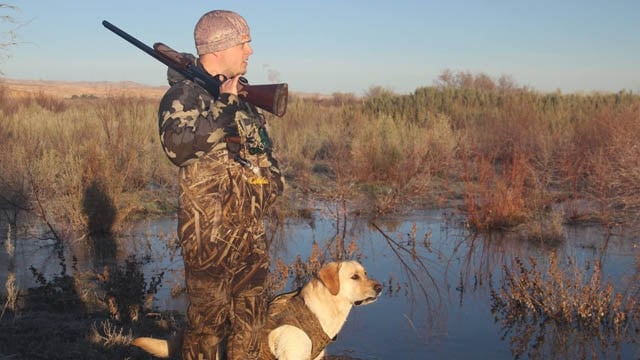 Government officials in Nevada pumped the brakes last week on a proposed statewide regulation to ban firearm discharges within a mile of occupied homes.

The Nevada Department of Wildlife’s Board of Commissioners agreed over the weekend to shelve the proposal, for now, after amending the distance down to 1,500 feet for most firearms and 500 feet for shotguns, crossbows and archery.

“The Nevada Board of Wildlife Commissioners chose not to advance the regulation to the next agenda as an action item,” Tyler Turnipseed, chief game warden for the Nevada Department of Wildlife, told Guns.com Tuesday. “So it will be on the back burner for at least the near future, if not indefinitely.”

“Some counties have an ordinance, some don’t and those that do have no consistency from one to the next,” Turnipseed said. “Some cities have ordinances, some don’t. Some HOA’s have rules, but some don’t and who can enforce them?”

In one particularly egregious case, Turnipseed said an archery hunter in the Douglas County town of Genoa — just 20 miles east of the central California border — shot a deer on the side of the road and went door-to-door asking residents permission to “finish the animal off” as it wandered through multiple backyards, wounded and bleeding.

“As I understand it, the Douglas County Commission didn’t want to address it and referred it back to us,” Turnipseed said of the local government’s response to the incident. “The famous Genoa incident was a black eye for our hunting heritage and people were shocked that we had no law to enforce on it. The social media outrage over it involved hundreds of people and went on for weeks.”

Turnipseed detailed anecdotes from game wardens across the state who say the problem spawns dozens of calls each season.

“Dealing with vague and vastly different county ordinances that we aren’t familiar with and don’t get notified when they change is hard to deal with,” one unidentified warden told Turnipseed in an email. “At least with a statewide law, we would know it and be familiar with it.”

State gun advocates and elected officials, however, took issue with NDOW’s regulation, accusing the commissioners of usurping authority it simply didn’t have.

“I would note that if, in fact, a statewide law is necessary regarding hunting distances, the correct place to accomplish this is through the Nevada Legislature,” said Republican state Assemblyman Ira Hansen in a letter addressed to the NDOW board dated March 15. “Please reject this regulation, which is a severe violation of local government, local control.”

G.C. Gates, editor of the Nevada Carry blog, criticized the “one-size-fits-all” proposal as a lazy solution for wardens at the expense of hunters statewide and worried elected officials could use the regulation to push a target shooting ban in the future.

“This is a failure of law enforcement as a system,” he said. “This is not an indictment of individual cops or wardens, as I have felt your pain, but this is an instance of ‘when your only tool is a hammer, all problems start to look like a nail.’ We can do better than that.”

Turnipseed said the proposal deals only with hunting and “has nothing to do with target shooting, backyard shooting or backyard archery practice.”

“Of course the Board of Wildlife Commissioners only has authority to regulate hunting, fishing, trapping, and boating,” he said.

He said the initial proposal’s limits of 5,000 feet for most firearms and 1,000 feet for shotguns and crossbows mirrored a Carson City ordinance. Preliminary discussions, however, revealed the distances created unintended consequences in some parts of the state.