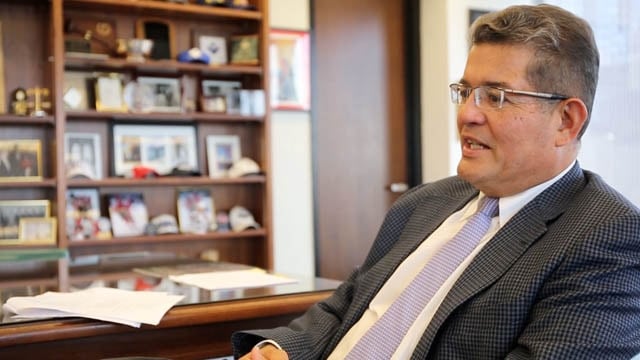 Chief Judge Ruben Castillo handed down the decision Monday in the district court of northern Illinois, determining although the stash house stings were neither “honorable or fair,” none of the federal agents involved violated the due process clause of the Fifth Amendment.

“To paraphrase Supreme Court Justice Louis Brandeis, to declare that in the administration of the criminal law ‘the end justifies the means’ is to declare that the government may violate fundamental principles of common fairness to secure the conviction of an alleged criminal,” Castillo said in a 73-page opinion published this week. “That is not where our criminal law should be in 2018. Our society simply cannot accept a ‘win at all costs’ mentality in the delicate world of criminal law enforcement, which is ultimately dependent on proactive citizen involvement.”

The decision stems from eight pending cases against minority defendants in Chicago ensnared by conspiracy charges for planning robberies of a fake drug house allegedly guarded by a Mexican cartel.

According to court documents, ATF  routinely recruited confidential informants who would then lure friends and associates with criminal histories into the scheme with promises of lucrative sums of cash and cocaine in exchange for planning and executing the robberies. Ultimately, agents arrested the assembled crews and intercepted an untold number of illegal guns.

Castillo argues, however, the set-up unfairly targeted minorities and attracted low-level criminals “who might otherwise have never attempted a fictitious crime of this nature,” leaving them facing mandatory 20 year sentences based on the amount of fake cocaine they intended to steal.

“It is no surprise that many of these potential defendants with minor criminal records are also minorities, like their so-called confidential informant friends and associates,” he said. “At the end, many of these defendants face sentencing guideline ranges that have been significantly inflated by the government’s false drug house scenarios.”

Jeffrey Fagan, a national policing expert, analyzed the demographics of 94 stash house defendants arrested during two dozen stings between 2006 and 2013. He testified before the court 74 of those arrested were black and “only a handful were white,” believing the disparity was intentional.

Still, Castillo lamented Fagan’s analysis wasn’t without its flaws. For instance, his comparison group included 292,000 people living across eight counties. Castillo said it seemed “implausible” so many “would have been willing to commit a stash house robbery had they been given the opportunity.” Further, Fagan’s research included the racial profiles of defendants brought into the scheme by others — therefore, never targeted by ATF agents in the first place.