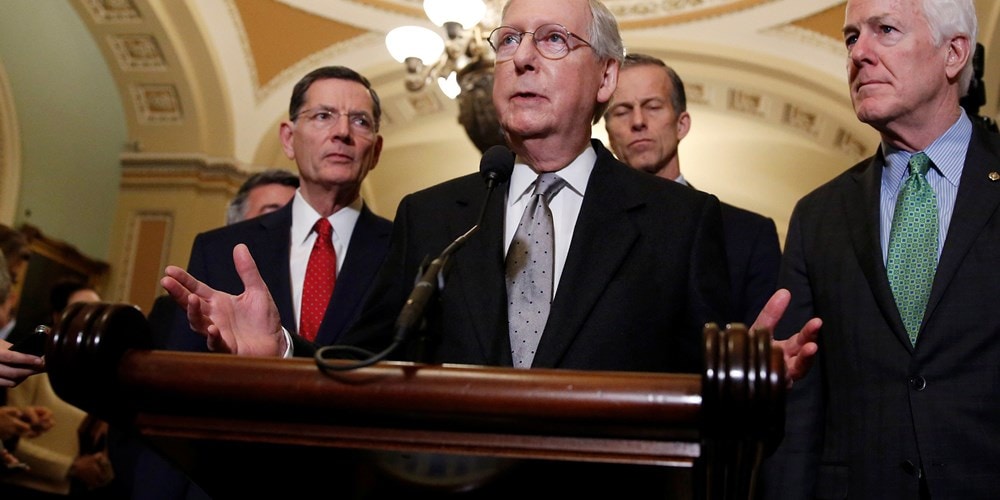 The efficacy of the system came into question last year after former a Airman gunned down 26 parishioners at a Texas church with an AR-15 rifle his assault convictions barred him from owning. Texas Republican Sen. John Cornyn co-sponsored the bill with Democratic Sen. Chris Murphy, of Connecticut, a week before Thanksgiving.

“The calls from the American people to address gun violence in our schools and communities have been deafening, and I’m grateful we’ll soon get that chance,” Cornyn said. “Fixing the background check system will help save lives and reduce the likelihood of what occurred in Parkland and Sutherland Springs from happening again.”

“Congress clearly feels the pressure from Americans demanding action, but these baby steps forward aren’t enough,” said John Feinblatt, president of Everytown for Gun Safety. “Congress needs to buck the NRA and go big on gun safety. If they don’t, voters will throw them out.”

With less than 48 hours to go before another government shutdown, however, Congress will race against the clock to get the plan on President Donald Trump’s desk by Friday night.

Just one procedural maneuver — from a dissenting lawmaker, for example — could derail the proposal’s fast track. Kentucky Republican Sen. Rand Paul pulled such a move last month, refusing to speed up the clock to vote on a different bipartisan budget deal because it increased spending $300 billion through 2020.

He told reporters Tuesday he didn’t know if he’d agree to setting aside Congress’s arcane time constraints for the newest spending plan. By Wednesday afternoon, the senator turned to sarcasm.

“It’s a good thing we have Republican control of Congress or the Democrats might bust the budget caps, fund planned parenthood and Obamacare, and sneak gun control without due process into an Omni…wait, what?” he said.