CDC Gets Approval to Research Gun Violence Again, Sort Of 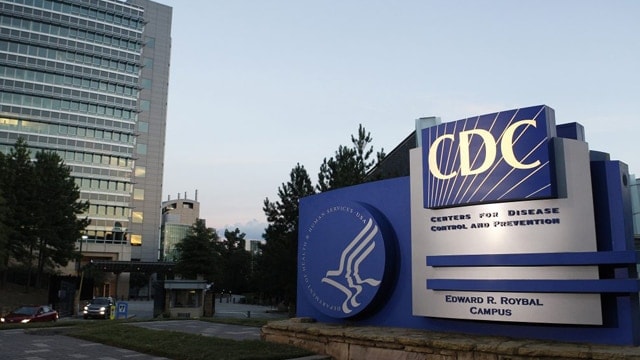 Under pressure to act on gun violence, Congressional lawmakers made it clear with the new spending bill that the Centers for Disease Control can research the issue, but the clarity doesn’t exactly put the issue to bed.

The Senate approved a measure Wednesday that explains the “CDC has the authority to conduct research on the causes of gun violence,” but cannot use “funding to advocate or promote gun control.” Yet, the issue isn’t so cut and dry.

The measure quotes Secretary of Health and Human Services Alex Azar during a Congressional hearing on Feb. 15, the day after a school shooting in Parkland, Florida, left 17 people dead and 15 others injured. Azar was responding to a question about a rider added to the spending bill 20 years ago that effectively put the kibosh on gun violence research. “So my understanding is that the rider does not in any way impede our ability to conduct our research mission,” Azar said. “It is simply about advocacy.”

Although the rider, referred to as the Dickey amendment, which has been maintained in the spending bill, stated “none of the funds made available for injury prevention and control at the Centers for Disease Control and Prevention may be used to advocate or promote gun control,” lawmakers also reduced the CDC’s budget by $2.6 million, the exact amount allocated for firearms research for the year before.

Lawmakers with the support of the National Rifle Association passed the measure in response to the CDC funding a 1993 study that concluded keeping a gun inside the home increases the risk of death by a family member or friend. Former Arkansas Congressman Jay Dickey, who sponsored the measure, said at the time he wanted to prevent gun control bias in the research. However, he later expressed regret because his measure effectively ended research on gun violence entirely.

Yet, the NRA continues to support the measure. In an op-ed this month, the gun group’s head lobbyist, Chris Cox, explained the CDC was “advocating for gun control under the auspices of ‘research’” and that research on the subject should focus on root causes of violence.

“The NRA’s position at the time, which has not changed, is that tax dollars should not be used to take sides in a policy debate,” he said. “This violates the most basic principle of science, in which objective research should be the goal, rather than a biased policy position against individual firearm ownership.”

But the current state of research on gun violence is dismal, according to policy research group the Rand Corporation. The organization published the results of a two-year project this month in which researches analyzed thousands of studies to examine gun policy. Exploring 13 common policy proposals — both pro- and anti-gun — they found that little is actually known about how they impact gun violence.

Democrats in Congress applauded the measure and celebrated it as a win for gun control. Florida Congresswoman Stephanie Murphy said the clarification goes so far as “effectively repealing the Dickey Amendment.” Sen. Ed Markey, of Massachusetts, who led Democrats in filing legislation to boost the CDC’s budget for gun violence research by $60 million, called on the agency to being research immediately.

However, even with the nod to research the subject again, responses by researchers and gun control advocates have varied from lukewarm to skeptical that the CDC will pursue the subject in any meaningful way.

John Feinblatt, president of Everytown for Gun Safety, described voters as pushing for the research. “Congress clearly feels the pressure from Americans demanding action, but these baby steps forward aren’t enough,” he said.

“I’m not particularly optimistic that anything will change,” said Daniel Webster, a researcher at Johns Hopkins Bloomberg School of Public Health who has published several papers on gun policy, to NPR. He added the CDC has studied noncontroversial issues involving the topic, but nothing that could influence major policy changes.

Dr. Garen Wintemute, a gun violence expert and professor of emergency medicine at the University of California, Davis, agreed. “There’s no funding. There’s no agreement to provide funding. There isn’t even encouragement. No big questions get answered, and there’s nothing here, yet, of significance for the research community,” he told the radio station.

“The Dickey Amendment has always been a symbolic gesture to scare away research. This doesn’t change that one bit,” said David Hemenway, director of the Harvard Injury Control Research Center. About the response, he said: “It means they’ve done nothing.”

The exact amount allocated for researching gun violence is unclear as there’s no mention of the subject in the CDC’s budget. However, gun control group Giffords, named after former Congresswoman Gabby Giffords, who survived an assassination attempt in 2011, pointed out that the new budget provides $23.5 million for the National Violent Death Reporting System, which provides state and local governments with info on violent deaths across the country.