Rock Island Auction company always has a collection of interesting pieces at their events, but their upcoming April Premiere auction has some seriously strange guns.

This is a First Model P.W. Porter Turret Rifle, of which just 300 were made in the 1850s. The cylinder has nine shots that all face outward rather than forward like a traditional revolver– making the prospect of a chain-fire downright dangerous. (Photos: RIA)

You may have heard of Belgian LeMat revolvers, but how about this .44-caliber/20-gauge combination carbine with dedicated barrels for each.

While FN rifles aren’t all that rare, this historic model EXP-1/SLEM prototype in 7.92mm Mauser is. The gun paved the way for the much more recognizable FN 49 and FN FAL.

The M1918 Browning Auto Rifle, or BAR, was a product of WWI and saw its heydey in WWII, but by the Korean War was getting long in the teeth. That’s what makes this late production, 1954-made gun, manufactured by the Royal Typewriter Company of all things, pretty interesting. 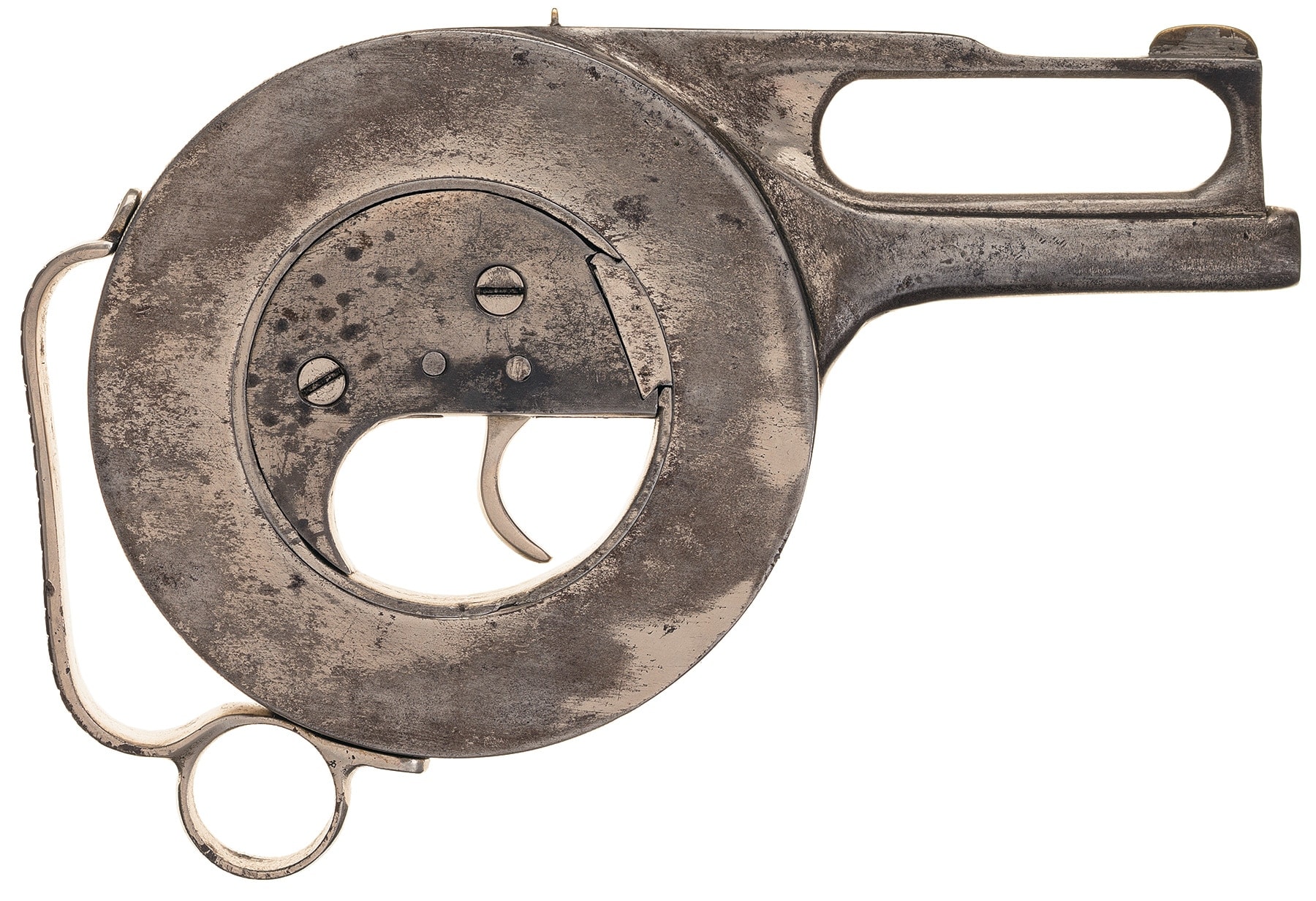 This peculiar handgun, made to a patent filed by William B. McCarty, was made in the early 20th Century and has a body that holds an 18-round rotating magazine. It is very possibly the only one in existence.

Savage revolvers similar to this one were popular with those heading off to the “War Between the States” in the 1860s, but this particular cap and ball wheelgun were made by the C.R. Alsop company of Connecticut. A Navy model, just 500 of these .36-caliber revolvers were made. 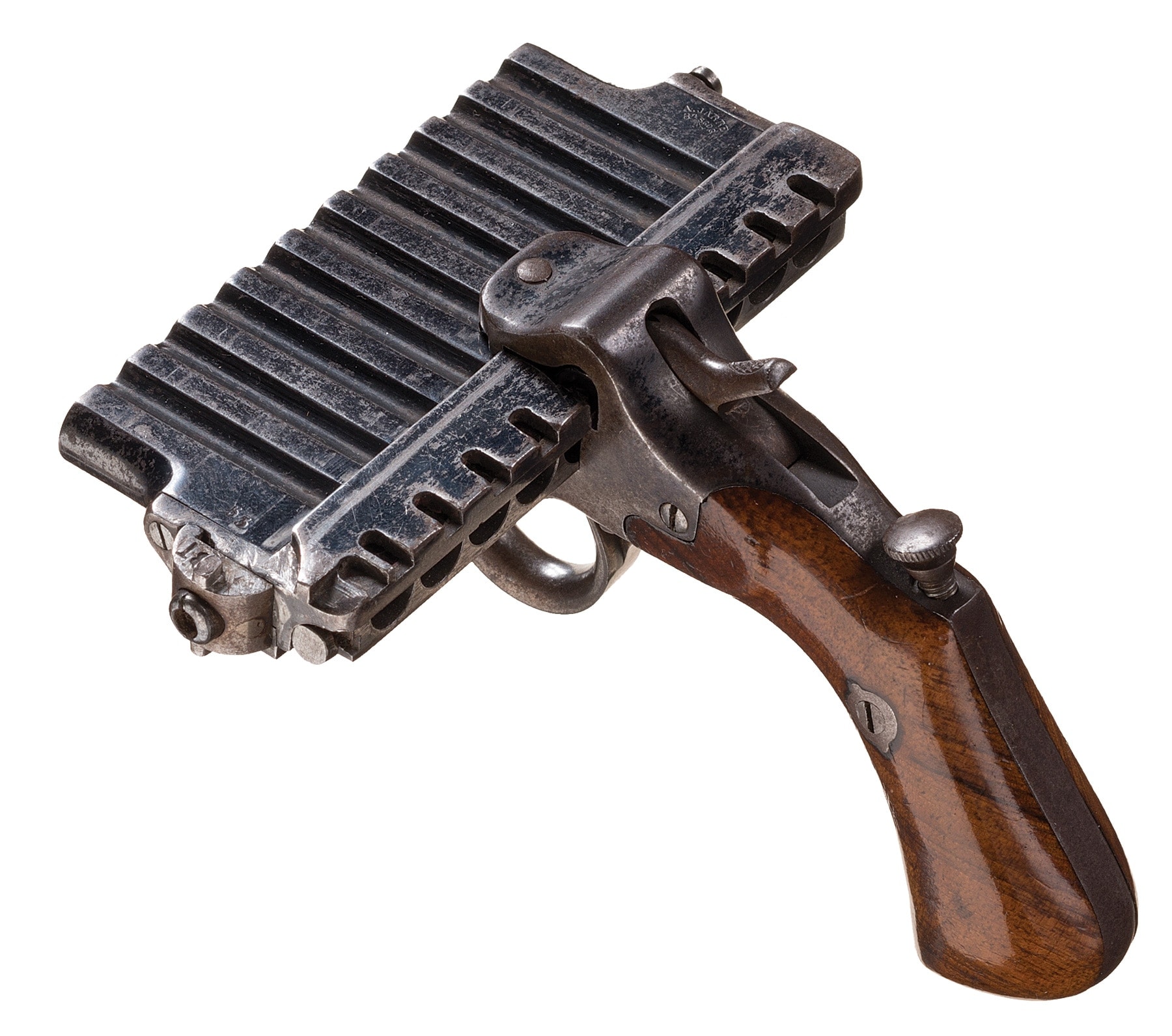 Hailing from France, this Jarre Harmonica pistol allowed the user to have a steady supply of 10 shots at hand (some assembly required), which was big medicine in the 1850s, but impractical to carry around. Imagine a Chicago red brick balanced across a Charter Arms .38. 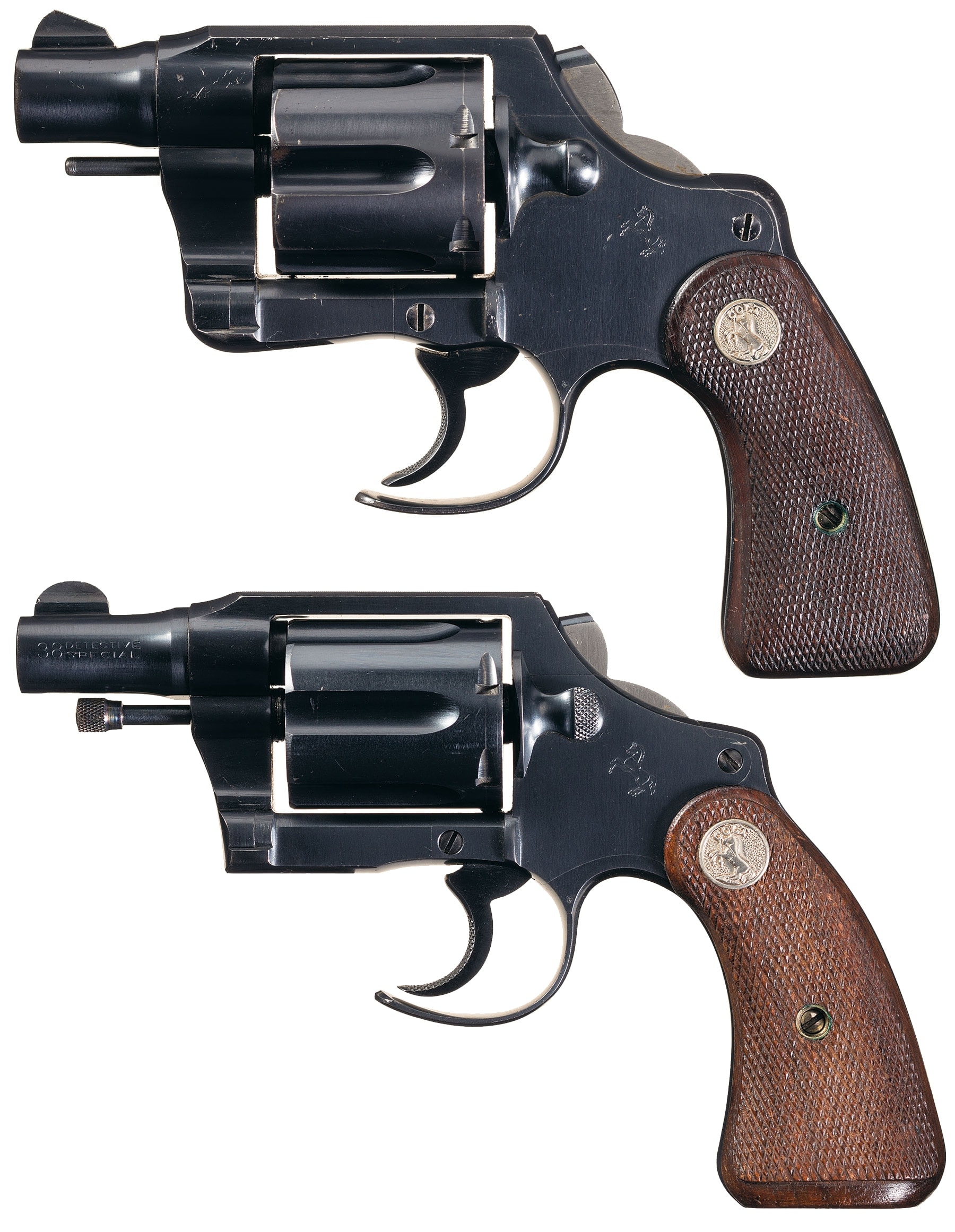 FitzGerald Specials, early Colt revolvers with their trigger guards cutaway to make them more “tactical” before that was even a thing, are super collectible if really not all that safe. This set includes a .38 and a .45 that has been whittled down to a very compact package. For sure, not something you see every day– and especially not two in the same place.