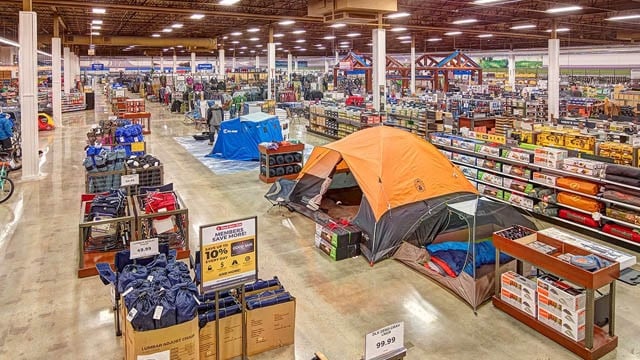 Leadership at Gander Outdoors told investors last month the refurbished retailer will prioritize fishing and outdoor recreation over its legacy of hunting and shooting sports products.

“As I’ve said many times, we’re being very calculated and disciplined in how we open stores and how we manage this business,” he said during a Feb. 27 conference call with investors. “We are only interested in operating stores that we believe have a clear path to profitability. We’ve aggressively negotiated rents, diversified the mix of merchandise, added a service department and layered out on a number of new benefits and savings to our Good Sam Club for the Gander Outdoors and Overton’s customers.”

Part of company’s new look, however, features a smaller retail footprint with less of a focus on “the historical Gander business” of firearms, archery and hunting, Lemonis said.

“The historical Gander business is really significantly less than it used to be, because we want to be a marine superstar and an active lifestyle superstar as well,” he said.

After the April 28 auction, Lemonis wasted no time revamping the company — changing its name and crowd-sourcing a new logo within six weeks of taking over. He told investors last month Camping World Holdings hopes to open 72 new Gander Outdoors by June, including the 11 already up and running.

“I was very clear with everybody that 2018 was the year that that was all going to get built and that I expected ’19 to deliver real results,” he added.