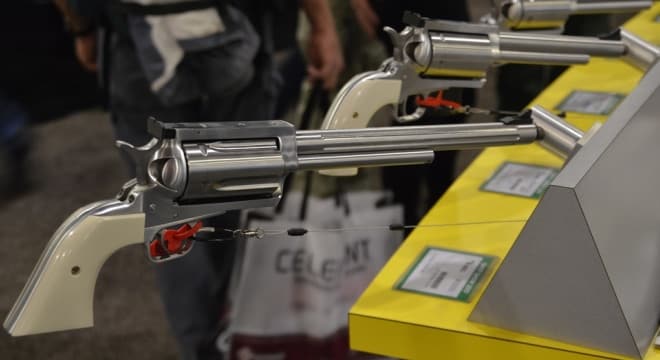 Supervisors this month ordered a legal analysis on moving forward with a series of gun bans and gun store regulations in Los Angeles County.

Among the list of ideas “addressing the epidemic of gun violence” approved unanimously by the Board of Supervisors would be a ban on .50-caliber handguns, requiring zoning of a “buffer zone” between schools and gun store locations, limiting gun and ammo sales to those under age 21, and upping mandatory gun lock requirements. Proposed by Supervisor Sheila Kuehl, who is currently serving as Board Chair, she argues guns are a threat to public health in the county.

“We need to be taking every possible action and refuse to be satisfied by anything short of a comprehensive approach to this public health crisis that addresses not only gun violence, but child and elder abuse, suicide, and domestic and intimate partner violence,” Kueh said in a statement. “We want to prepare a comprehensive plan to ensure that every man, woman, and child in this county is free from violence.”

The motion approved by lawmakers directs county attorneys to review a range of proposals for their ability to withstand legal challenges before the Board evaluates enacting them. Among the measures would be a ban on .50-caliber handguns in the county — .50-caliber BMG rifles are already largely illegal in California — and increased regulations on the county’s safe storage laws. Also proposed would be a restriction on firearm and ammunition sales to adults ages of 18-to-20.

Next is a proposal to adopt zoning regulations to create buffer zones between “gun vendors and sensitive areas such as schools and daycare centers.” Elsewhere in the state, Alameda County has fended off a determined lawsuit by firearm retailers who argued officials had effectively barred new gun stores due to creative zoning in the county by adopting a requirement that gun vendors must be at least 500 feet from residential areas, a physical impossibility.

Attorneys are set to deliver their confidential report to the Board within 60 days.