Check out the 246 weapons recovered by Philippine Marines (PHOTOS)

Marines working in the often dangerous province of Sulu cataloged a stockpile of guns that included just about one of everything.

Among the reported haul were recoilless rifles, M1 Garands and Carbines, an M60 machine gun, M16s, M14s, M79 grenade launchers, a Singapore-made Ultimax 100 light machine gun, some mortars, AK47s, and a smattering of random shotguns and other vintage militaria.

The guns came from seven local municipalities and were unlicensed weapons apparently handed over during “constant dialogues” between the locals and the Marines. Of course “the implementation of Martial Law in the area contributed also to the success of this endeavor.”

President Rodrigo Duterte has clamped down the mountainous southern islands in the state of emergency since last May, ostensibly for 60 days, but it has been extended at least through this year.

In the Philippines, gun owners have to apply for a firearm license every two years, can own a maximum of 15 guns unless they get a special collector’s permit, and are barred from owning fully automatic weapons. All of the guns collected were termed by officials as “high-power firearms.”

The guns were received by members of the elite Marine Battalion Landing Team-1 of the Philippine Marine Corps, a unit that has often been neck-deep in alligators fighting IS-linked rebels in recent years. Sulu has been a breeding ground for jihadist groups such as the Abu Sayyaf and, throughout the 1980s and 90s, was the stomping ground for the Moro National Liberation Front, a separatist group.

Over the past several months, MBLT-1 has been involved in “hearts and minds” operations in Sulu that included giving out soccer balls, holding eyeglass and cataract clinics, giving free haircuts and distributing school supplies. That stuff is always better than mortars, 40mm GLs and suppressed M1s, anyway, right? 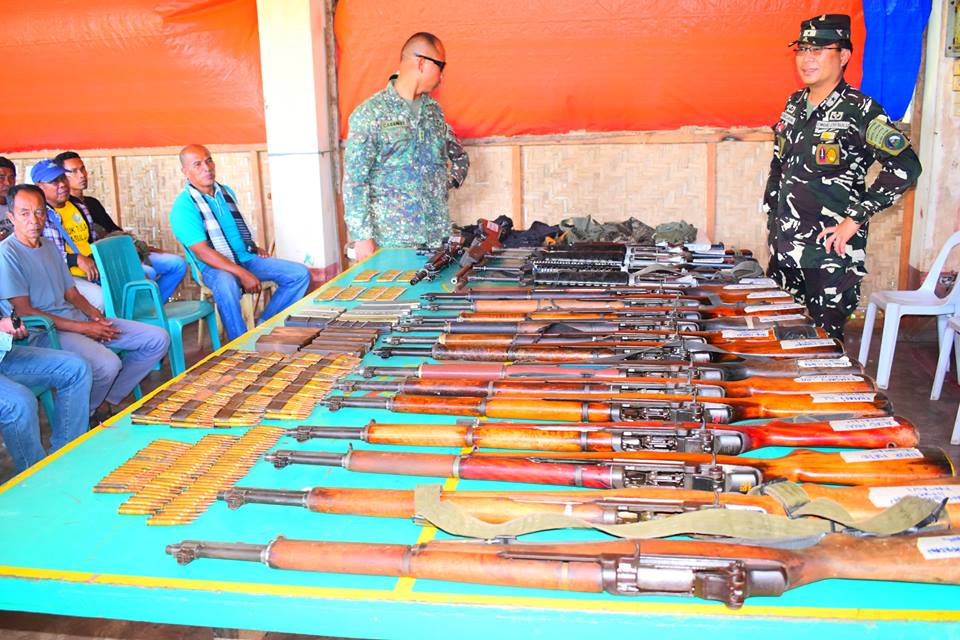 Those M1s…How much you want to bet there is a rare gas trap in there? 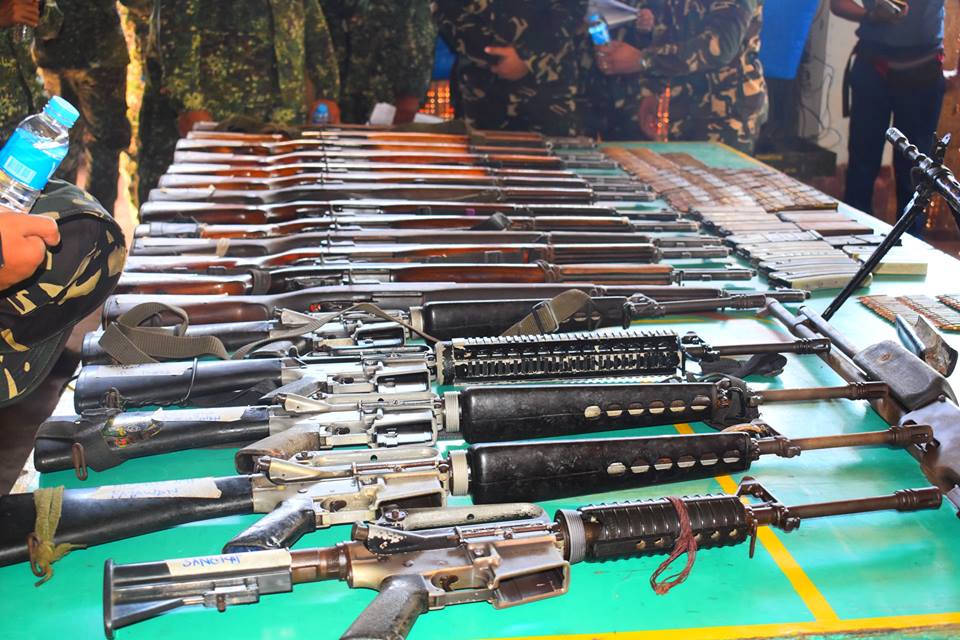 The main rifle of the Philippine military is the M16/M4 in a number of variants. Between 1974-1986, a local company, Elisco Tool Manufacturing Co.made 150,000 M16A1s for the Philippine Government under license from Colt. As part of the license agreement, in addition to the TDP Colt provided technical assistance to establish the manufacturing line. As such, old ETM M16s are common in the islands. However, that may be a Colt XM177 up front. 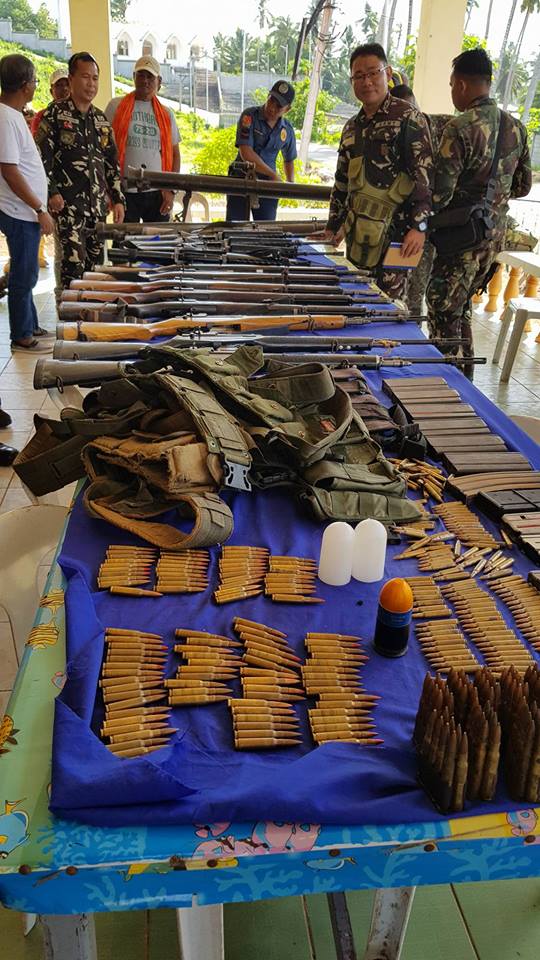 Note the M14s and mags, also the interesting indig LBE 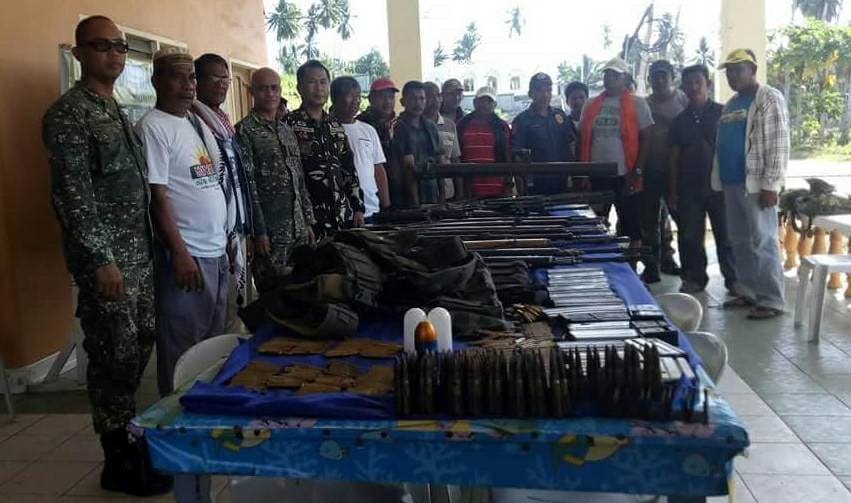 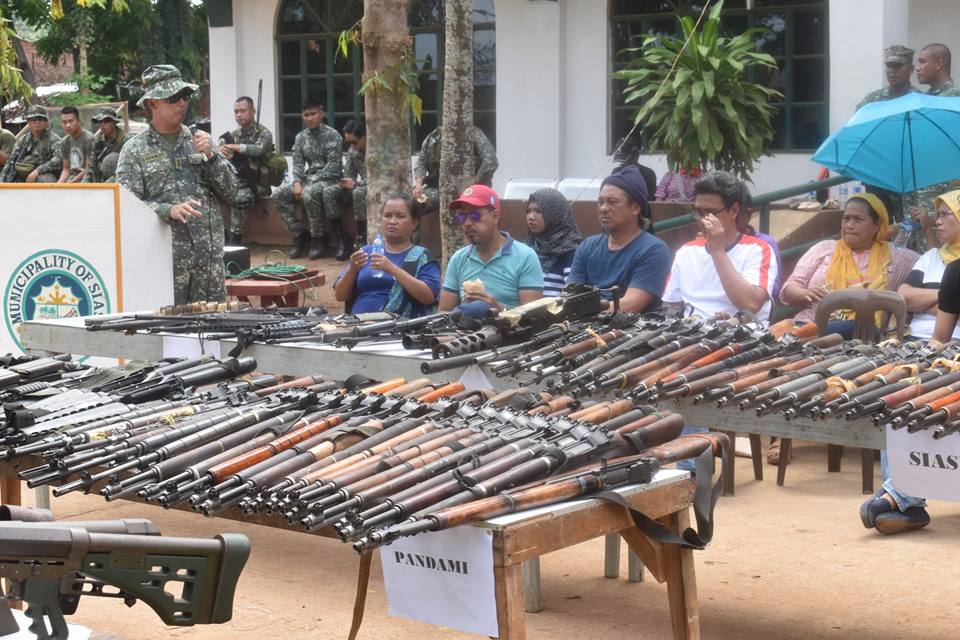 Is it too late to get these M1’s on the boat to the CMP? Also, note the M14s intermingled in on the tables. 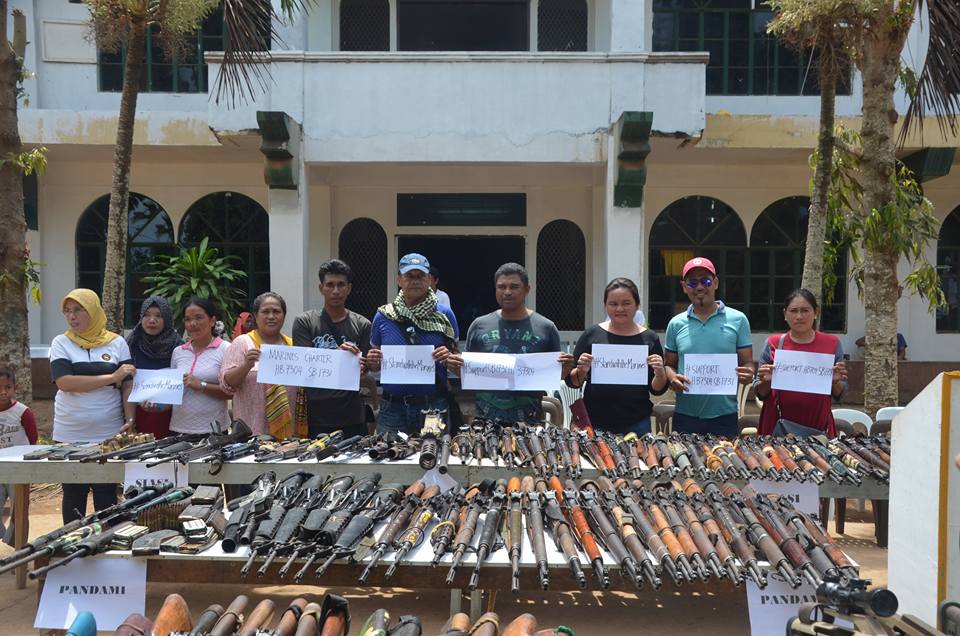 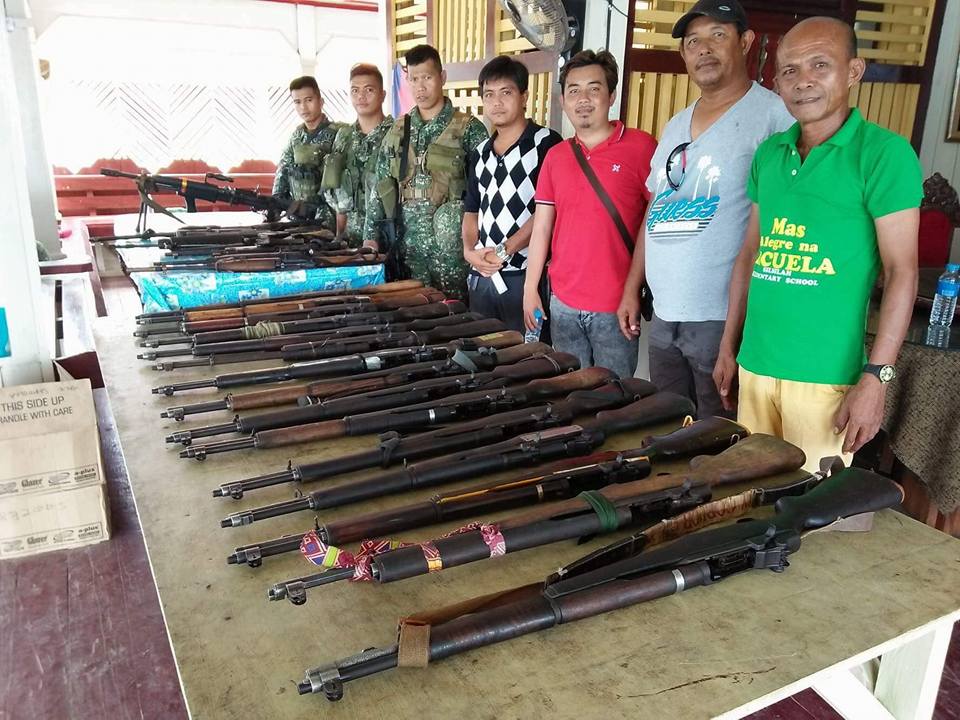 Dig the locally made slings. M1907 leather must be hard to come by in Sulu 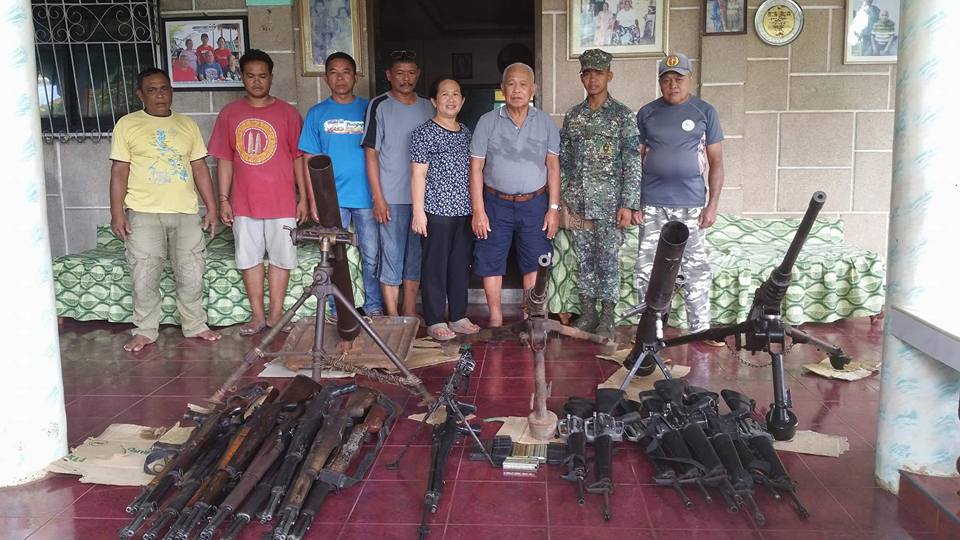 Some of the crew-served goodies included our 81 mm mortars 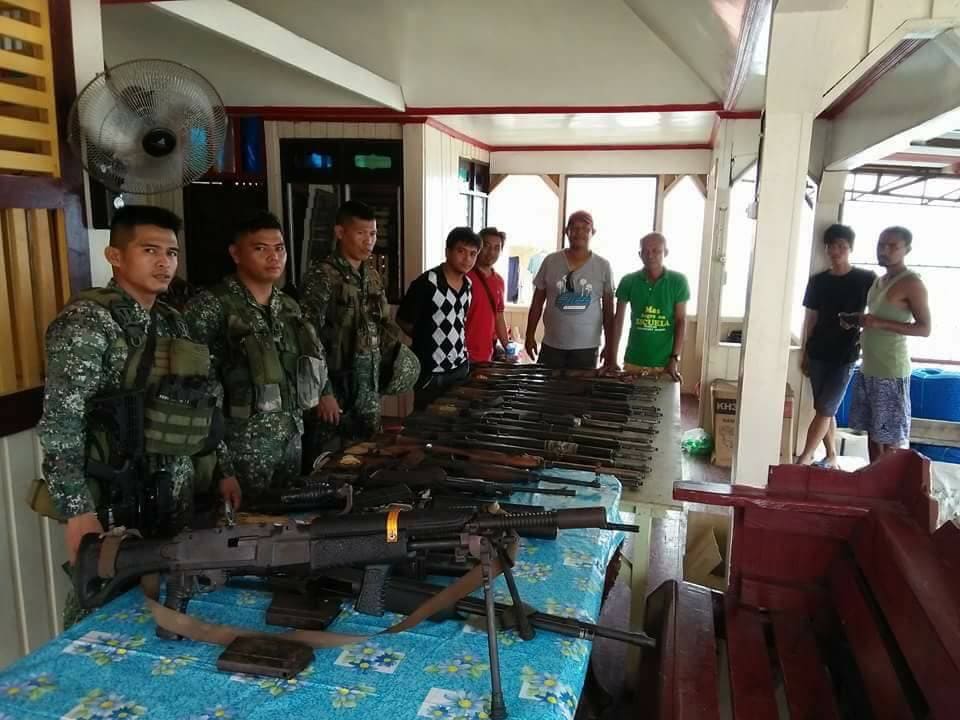 How about the modifications on the M60 up front? 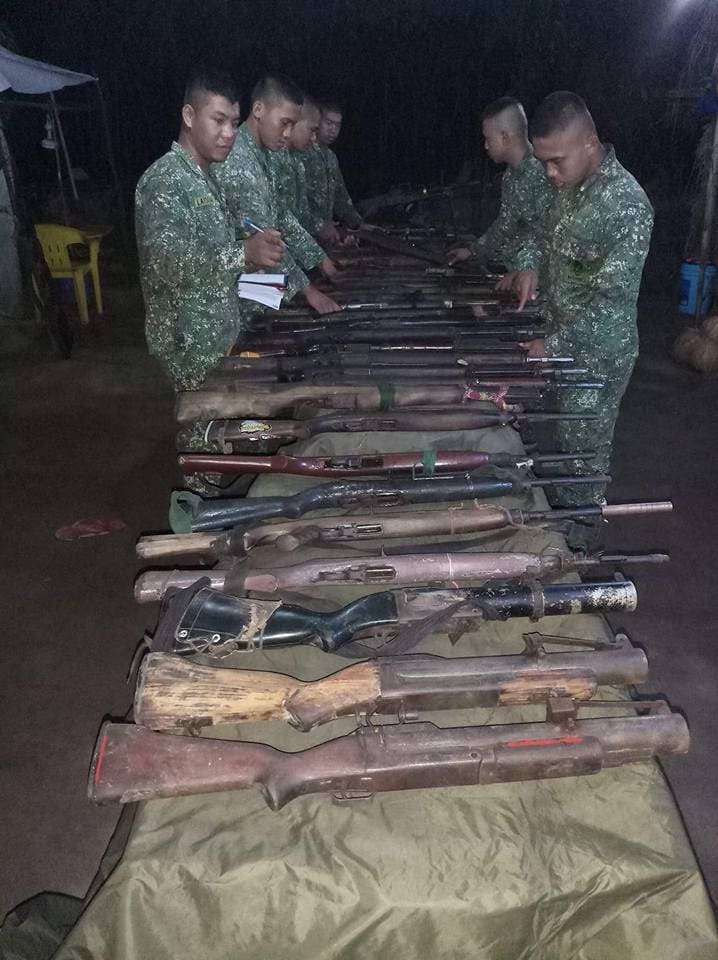 Bloop tubes a-go-go. And dig the M1 Carbines with local mods to include a pistol grip and what could be a suppressor 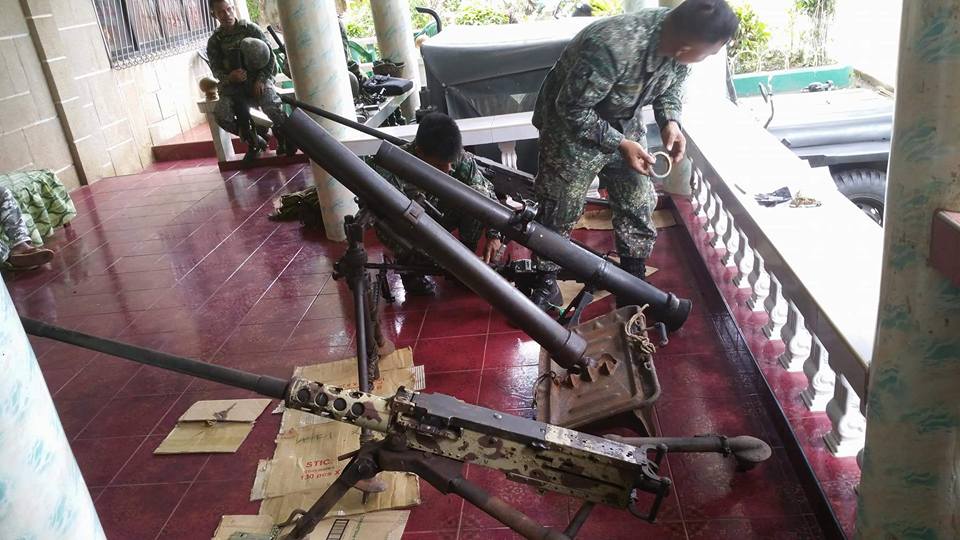 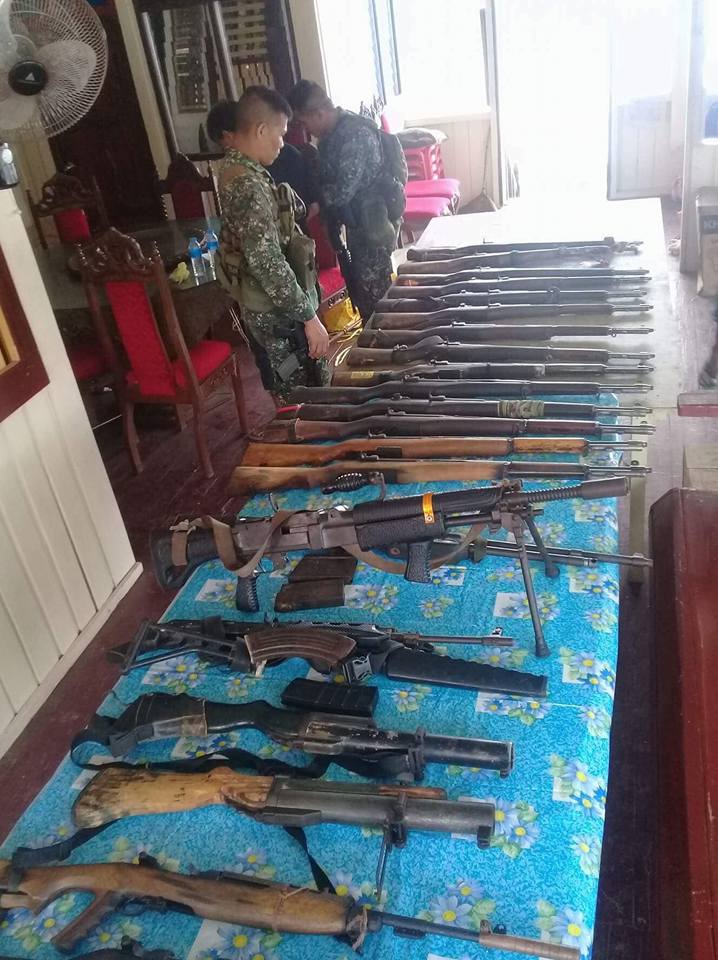 Another view of that wonky M60 and the Carbine with a better look at the can and pistol grip.