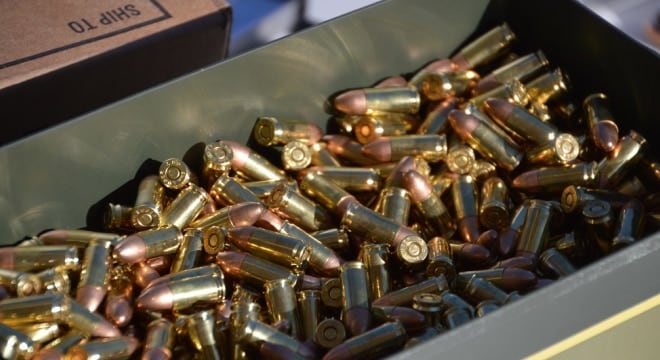 Bills introduced this week in both chambers of Congress would force potentially millions of ammunition purchases per year into an already swamped federal background check clearinghouse. (Photo: Chris Eger/Guns.com)

Democrats introduced a bicameral proposal this week to force those who would buy bullets to first go through a background check process.

In measures proposed in the House by Florida’s Debbie Wasserman Schultz and the Senate by Connecticut’s Richard Blumenthal, would-be ammunition buyers would have to be first vetted by the FBI’s National Instant Background Check System. The lawmakers say the move to add controls to bullet sales would help leave criminals with empty guns.

“Ammunition sales should be subject to the same legal requirements as firearm sales, and that includes instant background checks,” Blumenthal said. “The same laws that prevent dangerous individuals from purchasing firearms also prohibit them from amassing arsenals of ammunition, with one major loophole: there are no background checks for ammunition sales to enforce the law.”

The move would force potentially millions of ammunition purchases into the already swamped NICS clearinghouse where transfers would be approved, delayed or denied. While the language of the proposals is not available, a statement from Wasserman Schultz’s office said that federally licensed gun dealers could use their existing system to process checks for ammo buyers while those who did not have an FFL would either work through an existing licensee or seek a license of their own.

Four states — Connecticut, Illinois, Massachusetts, and New Jersey — require firearms licenses for ammo sales but not federal background checks on each purchase. More controversial initiatives enacted in California in 2016 and New York in 2013 are more akin to the proposed new plan, requiring checks at purchase, but each has teething issues. New York’s mandate, now a half-decade old, is in suspended animation as officials try to work out the mechanics of the program. On the West Coast, California’s Prop. 63 ammo regulations have caused heartburn for dealers, added fees and wait times to gun owners seeking to buy ammunition, and forced online retailers and small ammo makers to modify their practices to comply.