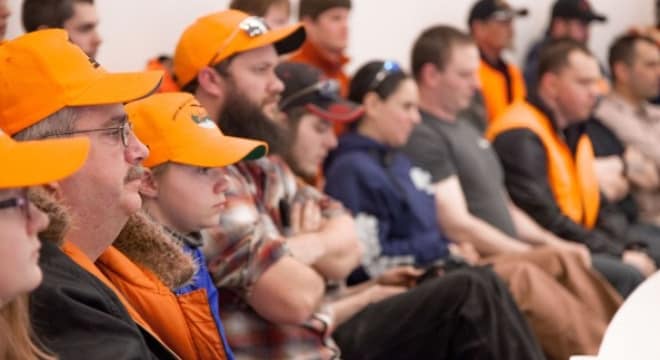 After lengthy debate and with gun rights groups in protest, lawmakers in The Green Mountain State on Tuesday passed a collection of gun control measures.

The Senate bill approved in the House, S.55, now returns to the senior body for further review. The proposal places a limit on magazine capacity for handguns and rifles, ups the age to buy all guns in the state to 21, and outlaws bump stocks and similar devices.

Any of the measures would normally be a heavy lift in Vermont, a state that has always had constitutional carry and a low crime rate, but recent anti-gun activism in the wake of a school shooting in Parkland, Florida and a “near miss” locally paved the way for the restrictions.

“With the passage of this bill, 227 years of Vermont tradition has just gone down the drain,” said state Rep. Brian Savage, R-Swanton, after the measure’s 89-54 passage.

The bill in its current form would cap handgun magazines to 15 rounds and rifles to 10 rounds, with an allowance for gun makers inside Vermont to continue to manufacture such devices for sale outside the state. Vermont is home to a large plant operated by importer Century Arms. Rep. Eileen Dickinson, a Republican who represents the area where Century employs up to 200, said the exception was “important to protect jobs in the manufacturing sector.”

Other less controversial tenets of the bill include a ban on bump stocks and raising the minimum age to buy shotguns and rifles to 21 to match the state’s current handgun limits.

Gun rights groups, reportedly packing the Statehouse in opposition to the proposals, decried this week’s vote and blamed “New York politics” for interfering with the legislature. “It is unimaginable that Vermont is on the edge of falling prey to nationally funded organizations and out of state paid activists,” said Bob DePino, vice president of Gun Owners of Vermont.