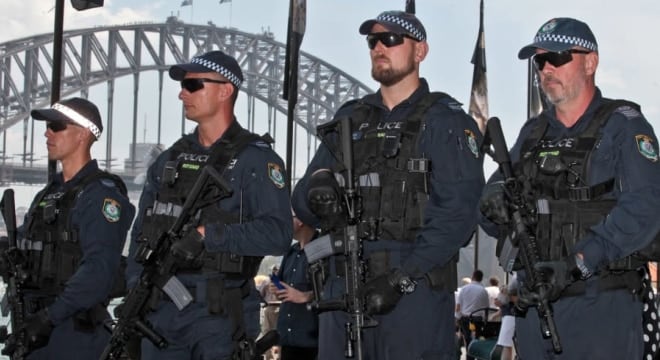 In Victoria, a spokesman for Chief Commissioner Graham Ashton confirmed state police are considering expanding the use of semi-auto rifles for officers, The Age reported. While personnel assigned to Victoria’s Special Operations Group and Critical Incident Response Team already have access to such firepower, patrol officers will likely have access to rifles when needed.

“To enhance our abilities to respond to a major security incident or terrorism attack, we are currently scoping the potential use of a limited allocation of long-arm firearms to better support frontline police,” said an Ashton spokesman.

Victoria isn’t the only state looking to up-arm. In New South Wales, Police Commissioner Mick Fuller confirmed last December that 47 officers were trained on Colt M4 carbines while another 50 were set to be trained. In Queensland, senior officers for years have had Remington R4 Patrolman rifles, designated as the standard service rifle, available for use in high-threat situations as needed.

Contrary to assertions that Australia has not seen a significant shooting event since 1996 when the country instituted a wholesale ban on several types of firearms, in the so-called Brighton Siege last year four people were shot, one fatally, by a terrorist with an illegally acquired shotgun.

In 2016, five people were killed in a mass shooting in Port Lincoln, while police engaging a knife-armed man in Westfield Hornsby left three bystanders injured. Though banned, an AK-47 type rifle was reportedly used in the Ingleburn workplace shooting that left one dead and two more injured the same year. In NSW in 2015, police arrested a man who used a firearm in a triple murder in the rural Hermidale community.

“Despite Australia’s strict gun control regime, criminals are now better armed than at any time since then-Prime Minister John Howard introduced a nationwide firearm buyback scheme in response to the 1996 Port Arthur massacre,” said The Age last year in a special report on the climbing rate of gun crimes in the city of Melbourne, where shootings have become “almost a weekly occurrence.”