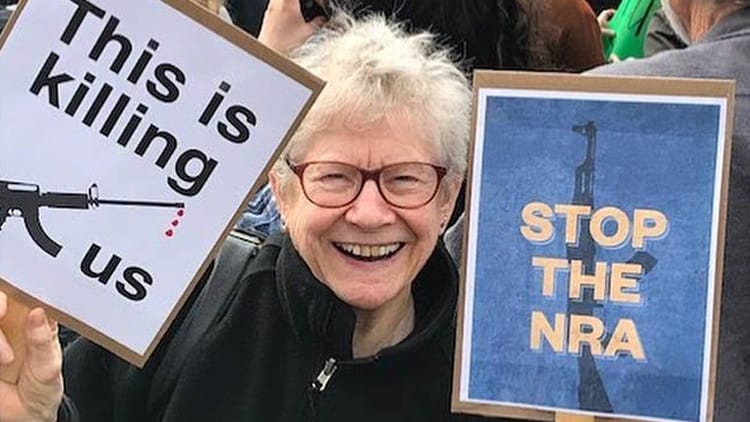 A religious group that owns shares of Sturm, Ruger & Company filed a proposal asking other investors to force the Connecticut gun maker to report on efforts to make guns safer and limit firearm violence.

Shareholders will vote on the proposal, filed by Oregon-based Sisters of the Holy Names of Jesus and Mary, during the company’s annual shareholders meeting in May. The group submitted the measure on the basis that gun violence is “a public health crisis with extraordinary human and financial costs.”

“Given our commitment to safety and responsibility, it is imperative that we assess all options for decreasing the societal impact of gun violence and mitigate financial and reputational risks for the company,” the group’s proposal said. The group also listed data points from host of studies showing the impact the issue has on Americans as well as potential solutions to consider.

For the report, which would be due next February, the group asked Ruger to include: evidence that Ruger is keeping tabs of when its products are used to commit violence; its research on making guns safer; and, known corporate risks related to gun violence.

Ruger’s board, however, urged shareholders to reject the proposal. “The Company of course does not condone violence involving the misuse of firearms, but we believe that the intentional criminal misuse of firearms is beyond our control,” they said in the filing.

In the response, Ruger executives dismissed the characterization that gun violence is public health issue but rather “first and foremost a law enforcement issue” and that the best approach to addressing it was “proper enforcement of existing laws.”

“Our motto, ‘Arms Makers for Responsible Citizens,’ exemplifies our corporate culture and is demonstrated by the manner in which the Company conducts itself and its business. As described more fully below, we believe that the overall objectives of the proposal are already being met,” they continued.

The response was a condensed version of Ruger’s letter earlier this month to BlackRock, the largest money manager in the world, which asked public gun makers and sellers to describe their standards and processes for selling firearms. In it, Ruger boasted about its safety record and collaborative efforts with law enforcement to trace crime guns.

Although it wasn’t a direct public response, Vista Outdoor, which owns dozens of brands including ammo makers and Savage Arms, updated its “corporate social responsibility” page to state that it supports a number of pro-gun led efforts like the background check measure Fix NICS, protecting licensed gun dealers, and more funding for school safety in addition to banning bump stocks

Sisters of the Holy Names of Jesus and Mary’s effort parallels other religious affiliated groups. Trinity Church, the Wall Street activist church, led an effort as a shareholder of Walmart to pressure the retail giant to ban the sale of AR-15 rifles after the deadly Sandy Hook school shooting.

Although gun makers have been resistant to corporate activism launched in the wake of the school shooting in Parkland, Florida, which left 17 people dead and 15 other injured, some gun sellers embraced policy demands. Dick’s Sporting Goods, LLBean, Kroger, and, also, Walmart all took action to restrict gun sales for buyers under 21.

Ruger will host its annual meeting with shareholders on May 9.