The FN249S is the civilian replica of the government-issue FN M249 SAW that is currently used by the US Military. There are a few interior differences but the biggest difference is that the M249S is semi-automatic.

The rifle features an 18.5-inch FN cold hammer-forged, chrome-lined barrel that can be quickly changed out. The M249S fires from a closed-bolt position, while the M249 SAW fires from an open bolt. Chambered in 5.56x45mm NATO, the rifle will accept both standard AR magazines or linked ammunition. It has a four-to-6.5-pound trigger pull and weighs a hefty 17.2 pounds.

According to FN, they’ve sold quite a few FN249S units. Most buyers are collectors. But it would be interesting to know how many Class III dealers have bought them in order to legally convert to full auto. With an MSRP of $8499, it may be worth their while. 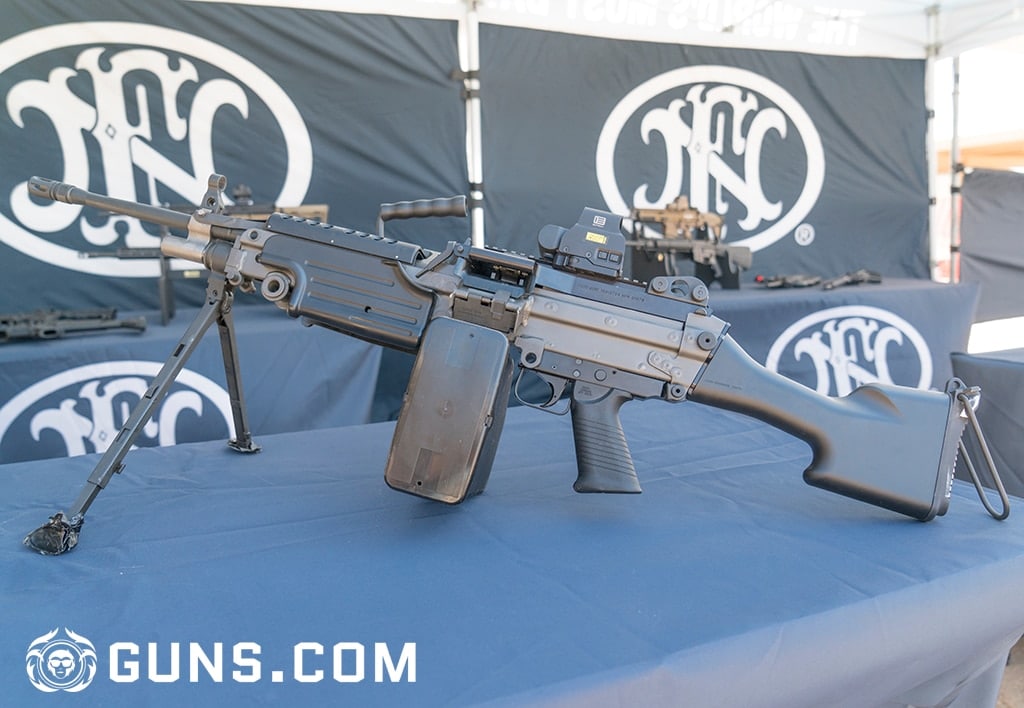