'Green Mountain Airlift' sees 1,200 mags given away in Vermont (VIDEO)

To protest a looming restriction on magazine limits, Recoil and Magpul flew in an emergency shipment of 30-round PMAGS to give away at the Vermont Statehouse in Montpelier.

The event, which saw Magpul overnight the shipment via FedEx from their factory in Cheyenne, Wyoming to the Green Mountain State, was so that Recoil staffers and gun rights advocates could distribute the magazines Saturday. The magazine giveaway was sparked by Vermont lawmakers’ narrow passage of a bill on Friday that, among other restrictions, limits rifle mags to a 10-round capacity and handguns to 15.

“We’re grateful to Magpul’s Duane Liptak for spearheading the overnight donation of 400 pounds of freedom to the Green Mountain State,” said Recoil’s Rob Curtis. “His swift action means we will get the magazines here before Governor Phil Scott signs S.55 into law, trampling the rights of law-abiding Vermonters.”

The Vermont Federation of Sportsmen’s Clubs, Gun Owners of Vermont and other Second Amendment organizations that stumped against S.55 were on hand for the event.

“Seventeen senators didn’t want to hear anything about unenforceable laws like the mag ban,” Chris Bradley, VFSC president said on Saturday to the crowd. His group is accepting donations for a potentail legal challenge to the bill. Bradley told Vermont Public Radio the event was put together in less than a day. 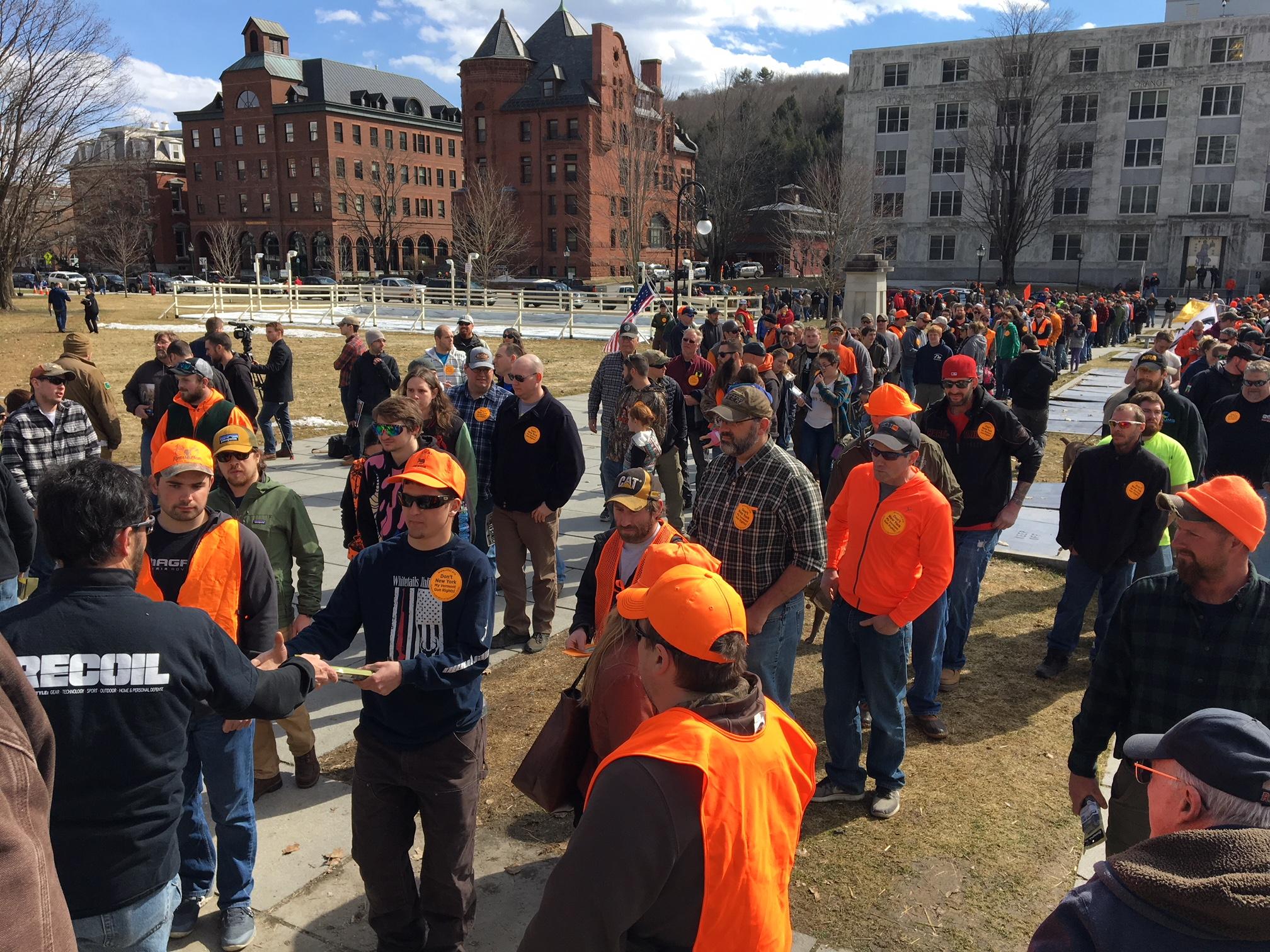 The turnout for the event was brisk (Photo: John Dillon/VPR)

The airlift was not the first of its kind sponsored by Magpul. Formerly based in Colorado, the company gave away hundreds of “Boulder Airlift” and “Free Colorado” special edition PMAGs in 2013 when Gov. John Hickenlooper signed a magazine restriction into law in that state. Other events saw Magpul give away magazines in return for a donation to state gun rights groups. Magpul later moved thier production facilities to Wyoming and headquarters to Texas due to the Colorado ban.