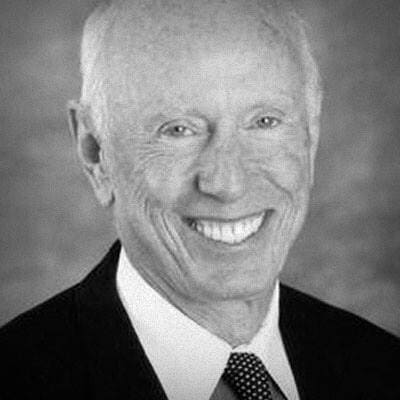 Al Hoffman, an 83-year-old retired real estate developer from southern Florida, raised more than $600 million during former President George W. Bush’s campaigns in 2000 and 2004. He served as the U.S. Ambassador to Portugal from 2005 until 2007 and as finance chairman of the Republican National Committee.

Hoffman later pledged $1 million to Jeb Bush’s presidential bid in 2016 and ranked among the year’s most generous campaign donors overall.

But just days after the Valentine’s Day shooting in Parkland, Florida killed 17 and wounded 15 others, Hoffman warned the money would dry up for Republican candidates uninterested in banning “military style weapons” for civilian use.

“For how many years have we been doing this — having these experiences of terrorism, mass killings — and how many years is it that nothing has been done?” he said during an interview with the New York Times in February. “It’s the end of the road for me.”

Hoffman announced the launch of Americans for Gun Safety at the national March for Our Lives in Washington, D.C. last month. The group wants Congress to ban bump stocks and high capacity magazines, implement age restrictions for all gun sales, expand background checks and support mental health services — without infringing on the Second Amendment.

“Americans for Gun Safety Now! is honored to stand in solidarity with the thousands of students, including survivors of the Marjory Stoneman Douglas High School massacre, to rally for change in our nation’s capital,” Hoffman said on March 24. “These students represent our next generation of leaders. Our new advocacy group is dedicated to supporting their courageous effort.”

“I’m excited,” Hoffman told the Palm Beach Post last month. “So many people are signing on…I’ve called my old buddies, major donors. I said, ‘We’ve got to get something going.’ And here we are. We started an organization.”

He said the Florida Legislature’s package of gun reforms passed last month — including imposing a mandatory three-day waiting period and banning sales to those under 21 — would be “a good place” for the federal government to start.

“We want Congress to pass those same laws right now. And then move on to more comprehensive legislation soon,” he said.