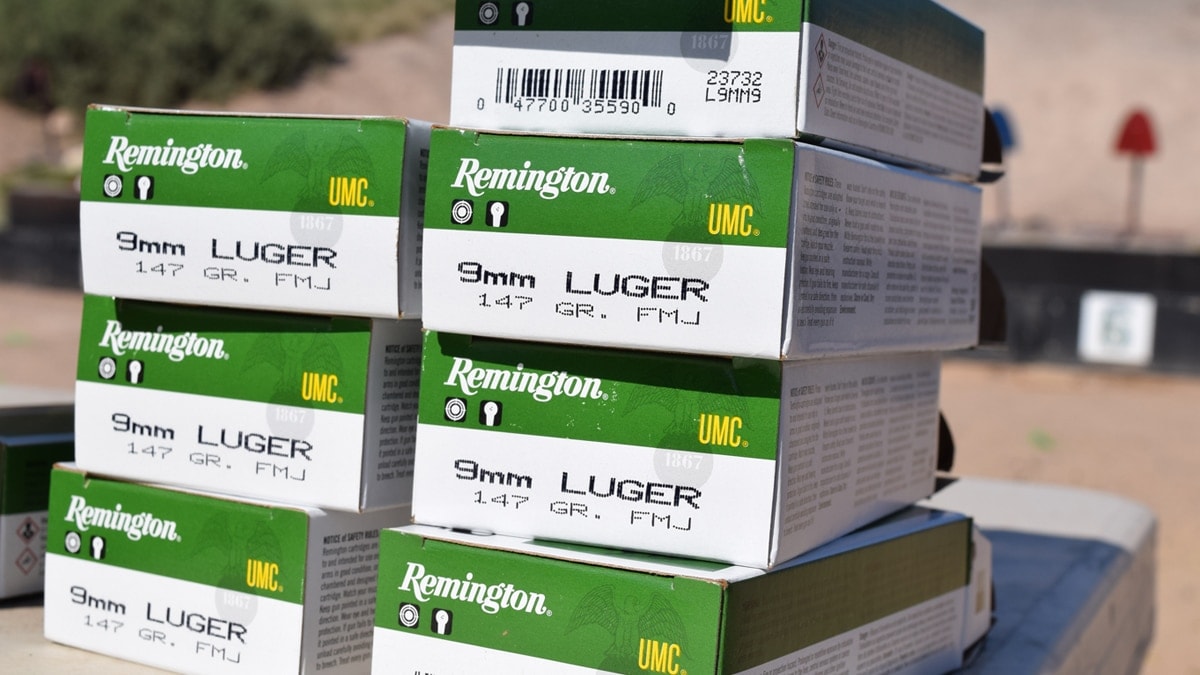 Boxes of Remington ammo stacked at a gun range out in Yavapai County, Arizona, in September 2017. (Photo: Daniel Terrill/Guns.com)

Courts overseeing two high profile lawsuits involving Remington Outdoor Company have stayed the cases until the gun maker emerges from bankruptcy court. In both cases — one filed by families of Sandy Hook shooting victims and another by a class over a defective trigger design — Remington triggered an automatic stay when it filed for chapter 11 protections.

Although the North Carolina-based company received a $75 million loan to continue manufacturing operations during the bankruptcy process, the stay is intended to prevent the creation of a greater financial burden amid the complex debt restructuring. Five federal civil cases have been closed out of the two dozen or so still open.

The stay delayed a Connecticut-state appellate court from determining if the case brought against Remington could continue on to a jury trial. The court heard oral arguments last year. The case, filed by nine families of victims killed or hurt in the 2012 Sandy Hook school shooting, sought to find a way around a federal law that shields gun makers from liability if their products are used in a crime. The families argued the gun maker targeted advertisements and marketing materials to people like the 20-year-old gunman, who suffered from mental illness, fantasized about school shootings and had a fascination with firearms.

Legal and advocacy groups on both sides of the gun debate weighed in on the case. Those filing on behalf of the plaintiffs supported claims of negligent entrustment and violations of consumer protection laws brought against Remington. Those defending Remington challenged the theories of liability for which the case was based. The Bushmaster AR rifle used in the killings had been legally made, distributed, sold and transferred before the incident.

The second case, a Kansas City federal court deciding whether or not to overturn a $12.5 million settlement agreement between the gun maker and the class that filed suit issued an order saying the case will be stayed unless one of the parties showed cause for why it should not.

In February, an attorney representing two class members argued that the court approved the agreement using an incomplete dataset because Remington failed to adequately notify owners of the defective trigger design about how they could file a claim. As a result, the claims rate was dismally low with approximately 29,000 claims out of a possible 7.5 million.

Using a pre-packaged bankruptcy plan, Remington will reduce its nearly $1 billion debt load by some $650 million, according to filings with a Delaware bankruptcy court. The company said its projected timeline for the process would take 45 days, so ending as early as May.