With bump stock ban on the horizon, what now? 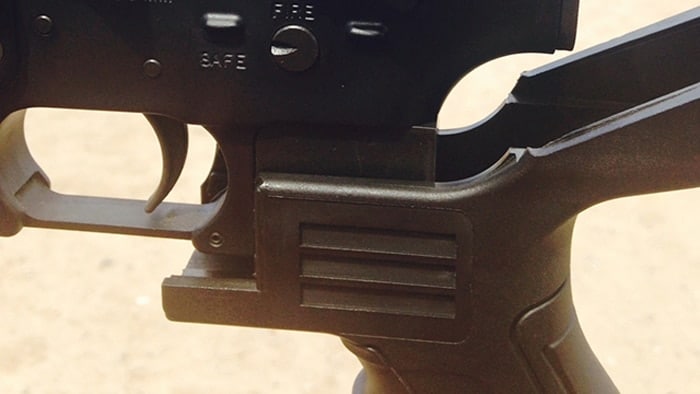 The Department of Justice’s recent ruling effectively banning bump stocks has left many in the gun industry pondering what bump stock maker Slide Fire will do now?

In the face of an all-out ban on its products, Slide Fire is seemingly marching on. The company recently announced both an Easter discount in addition to a re-stock of the SBS-308 bump stock.

While Slide Fire remains mum on the topic, the rest of the gun world has had plenty to talk about. With the Justice Department bringing the hammer down on bump stocks in late March, the gun world has been a buzz with speculations, concerns and outright rage against the recent ruling. Under the new regulations proposed by the DOJ, bump stocks would inhabit the same realm as “machine guns,” thereby being removed from retailer shelves and placed on a no-go list for everyday gun owners.

The bump stock banter first began in October 2017 after a lone gunman gunned down 58 concert goers and causing injury to about 850 others in Las Vegas. Shortly after the shooting, prices soared on the devices as gun owners looked to snag up the devices before they went M.I.A.

“I don’t know whether people want to buy them because they’re forbidden fruit or because they think they might go up in value if they’re banned,” Larry Hyatt, owner of Hyatt Gun Shop in North Carolina, told CBS News.

Gear retailer Optics Planet posted a notice on its website noting that demand on the SSAR-15 Bump Fire Conversion Kit has been on the rise. “Demand for this product has just increased dramatically, and we want to let you know that we have no (estimated time of arrival),” the notice said. “We are in constant communication with Slide Fire and are working to secure as much inventory as quickly as we can.”

Though retailers like Optics Planet are hanging on, moving inventory as they get it, other stores and shops have stopped selling the devices all together. Online store Atlantic Firearms told Guns.com that after the first wave of bump stock ban panic, the company’s Slide Fire inventory was annihilated.

“We have not sold the bump stocks for the last five to six months since we got wiped out after the Las Vegas shootings,” Brad Rush with Atlantic Firearms told Guns.com in an email.

Big-name stores like Cabela’s and Walmart pulled the products from their shelves and websites prior to the DOJ’s proposed ban. Walmart issued a statement at the time of its bump stock removal stating that the stocks, which were sold by third-party dealers, were in violation of company policy. Cabela’s, on the other hand, issued a simple statement explaining that the company had “initiated the process of discontinuing the sale of these devices at all retail locations and online,” according to the Chicago Tribune.

Guns.com reached out to both Walmart and Cabela’s but received no comments prior to publication.

In the wake of so many retailers either pulling the plug on Slide Fire products or simply choosing not to restock, the question remains what will happen to the company built on bump stocks?

While Slide Fire did not return Guns.com’s request for comment, it’s safe to assume the company isn’t done with the fight. At the very least, pro-gun organizations like Gun Owners of America have publicly stated their intent to rally against the ban.

“Gun Owners of America will seek out other pro-gun organizations to join us challenging this illegal executive action in court,” said Gun Owners of America Executive Director Erich Pratt in a news release. “And we predict that an honest, constitutional and legal analysis by the courts will result in this regulation being struck down.”

The Bureau of Alcohol, Tobacco, Firearms and Explosives opened the public comment period on the rule banning bump stocks last week, announcing the comment period will close on June 27.