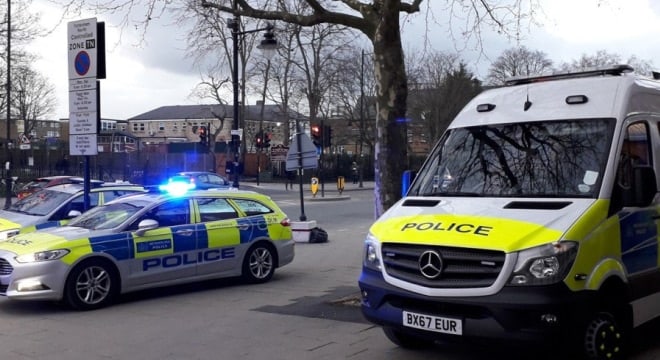 London experienced 22 murders in March, a figure that British media seized on as higher than that in New York City (Photo: The Metropolitan Police)

Gun rights advocates in the U.S. point to reports of surging crime in England’s largest city as proof that criminals always find a way to get arms.

The Sunday Times over the weekend reported that London’s murder rate surpassed that suffered in New York City “for the first time in modern history,” pointing out that the UK’s capital saw 22 killings so far this month while Gotham experienced 21, with both metropolises about equal in population. The Daily Mail reported that many of London’s recent homicides come from a high-profile series of knifings.

Here in the states, the Citizens Committee for the Right to Keep and Bear Arms said the figures belay a truth about gun control — that criminals will still find a way to commit violent crime even if firearms are tough to get legally and even follow-up campaigns to get knives off the streets are inefficacious.

“Our friends in the United Kingdom suffer under horribly restrictive gun laws, yet the murders in London reveal something anti-gunners everywhere refuse to acknowledge,” said Alan Gottlieb, CCRKBA chairman in an email to Guns.com. “While the British have campaigned for people to turn in knives, it’s clear from the body count in their capital city that their outlaws are just like American criminals. They do not obey the laws against guns, knives or murder and mayhem.”

It’s not just Gottlieb’s group that noticed the reports from London. Sebastian Gorka, an intelligence analyst formerly employed by the Trump administration, told NRA TV that “Britain is a case study in how wrong you can be when you focus on the inanimate object and not the criminal intent of the individuals who want to kill and maim.”