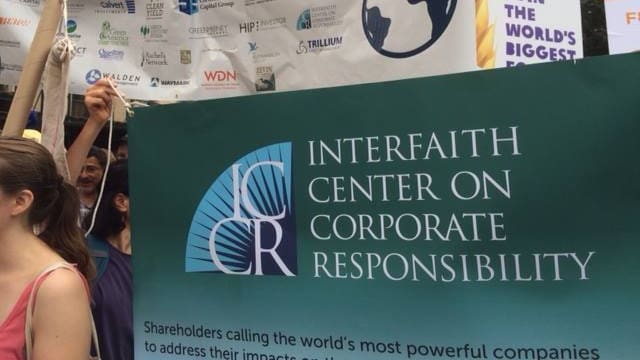 A coalition of investors has joined a growing movement in corporate America calling for changes to how the gun industry conducts business.

In the statement, the Interfaith Center of Corporate Responsibility asked companies to adopt “Sandy Hook Principles,” measures named after the horrific 2012 school shooting designed to “reduce the risk of gun violence.”

“Corporations … have an important role to play both to ensure that they are not indirectly complicit in these lethal events, and in advancing the solutions that may help prevent them,” the group said in the statement.

The measures — popularized by high profile companies like Dick’s Sporting Goods and Walmart — include banning “assault” rifles and high capacity magazines, and restricting sales from buyers under 21. But they would also require companies to support advancing gun safety technology like smart guns and universal background checks, and end ties to the National Rifle Association as it aggressively lobbies Congress to roadblock gun control.

ICCR joins others in arguing that the industry has both a moral and fiduciary responsibility to adopt the policies. The group argued that the more than 33,000 people who die from firearm-related deaths a year ends up costing up to $45 billion annually.

The statement comes as investors and banks, under public pressure, began reviewing their relationships with the gun industry following February’s mass shooting in Parkland, Florida, that left 17 people dead and 15 others injured.

Publicly traded gun makers like Smith & Wesson and Sturm, Ruger & Company addressed the measures presented last month, saying they disagree that new policies would adequately address gun violence but rather better enforcement of current standards would. The companies were responding to a questionnaire by multi-trillion-dollar money manager BlackRock Inc wanting to provide clients with a better understanding of the industry.