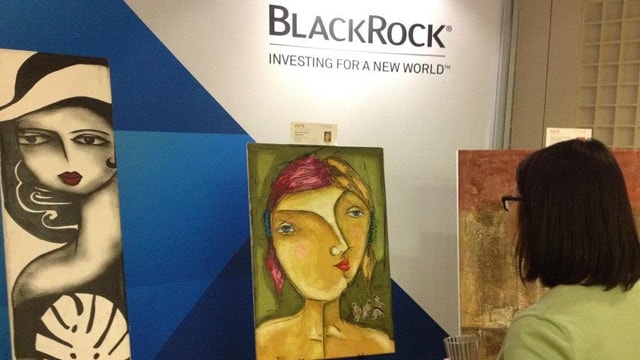 A multicultural art exhibit brought a diverse body of work from underrepresented communities into the New York BlackRock office in November 2012. (Photo: BlackRock via Facebook)

“BlackRock manages money for a diverse set of investors, including pension plans, insurers and individual investors, who have a wide range of views on firearms,” the company said in a statement. “It is ultimately our clients’ choice about the types of funds they invest in.”

Following up on a promise to provide products for socially conscious investors, BlackRock revealed funds that screen for and exclude stocks of publicly traded gun makers and sellers. Also, the company lowered the price for social funds, which have limited exposure to the gun industry, already in existence.

A BlackRock spokesman confirmed with media these funds will not invest in companies like Sturm, Ruger & Company, American Outdoor Brands, and Vista Outdoor as well as Dick’s Sporting Goods, Walmart and Kroger. The latter three have already implemented new policies on gun sales such as restricting buyers under 21.

The company, which manages some $1.7 trillion in active funds, joined dozens of others in the wake of the school shooting in Parkland, Florida, to find ways to address gun violence as Congressional lawmakers avoid passing new gun control laws.