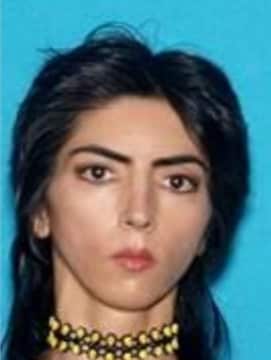 The woman — identified as 39-year-old San Diego resident Nasim Najafi Aghdam — was found sleeping in her car around 1:40 a.m. in a parking lot about 30 miles south of the YouTube campus in San Bruno. A statement from Mountain View Police Department indicates officers approached Aghdam for questioning after matching her license plate to that of a missing person report filed Saturday.

“She stated she had come to the area to stay with family and while she was currently living out of her vehicle, she was in the process of looking for a job,” authorities said in the statement. “At no point during our roughly 20 minute interaction with her did she mention anything about YouTube, if she was upset with them, or that she had planned to harm herself or others. Throughout our entire interaction with her, she was calm and cooperative. ”

Eleven hours after her run-in with cops in Mountain View, however, Aghdam would shoot three YouTube employees in a courtyard as they ate lunch before turning the gun on herself. San Bruno Police Department said the she didn’t know or target the victims and a motive is still unclear.

Mountain View Police Department said in a news release Wednesday Aghdam’s father and brother acted unconcerned over her whereabouts, citing family issues as the reason she left. The family did verify the woman became angry after YouTube “did something” to a series of vegan videos she posted on the popular website.

“Her father called us back to let us know that she made a series of vegan videos for her channel on YouTube and that the company had recently done something to her videos that had caused her to become upset,” the statement said. “Aghdam’s father stated that she may have been in the area because of this. He did not seemed concerned that she was in the area and wanted to simply let us know that may have been a reason for her move up here.”

The department maintains the family never indicated Aghdam may lash out violently or own firearms.

“The incident at YouTube on Tuesday was a tragedy. No one should ever feel unsafe in their workplace,” the department concluded. “We have full confidence in the investigative efforts of the San Bruno Police Department and their colleagues as they tackle this case.”

YouTube released a statement Wednesday evening calling the incident “a horrific act of violence” and encouraged employees to take time off or work from home.

“We are revisiting this incident in detail and will be increasing the security we have at all of our offices worldwide to make them more secure not only in the near-term, but in the long term,” the company said.