In 1944, some Army Air Force personnel “somewhere in the Pacific” hit on the idea to use a wooden float, some line, and a 1903 Springfield to help augment their diet.

As illustrated in these two Signal Corps images, a pair of servicemen of the 7th Air Force wrapped the line around a cricket bat-esque float, then stuffed it on the end of an M1 rifle grenade launcher device attached to an M1906. Launched by a special .30-06 cartridge, the M1 could kick out an M9A1 grenade at 165 feet per second. 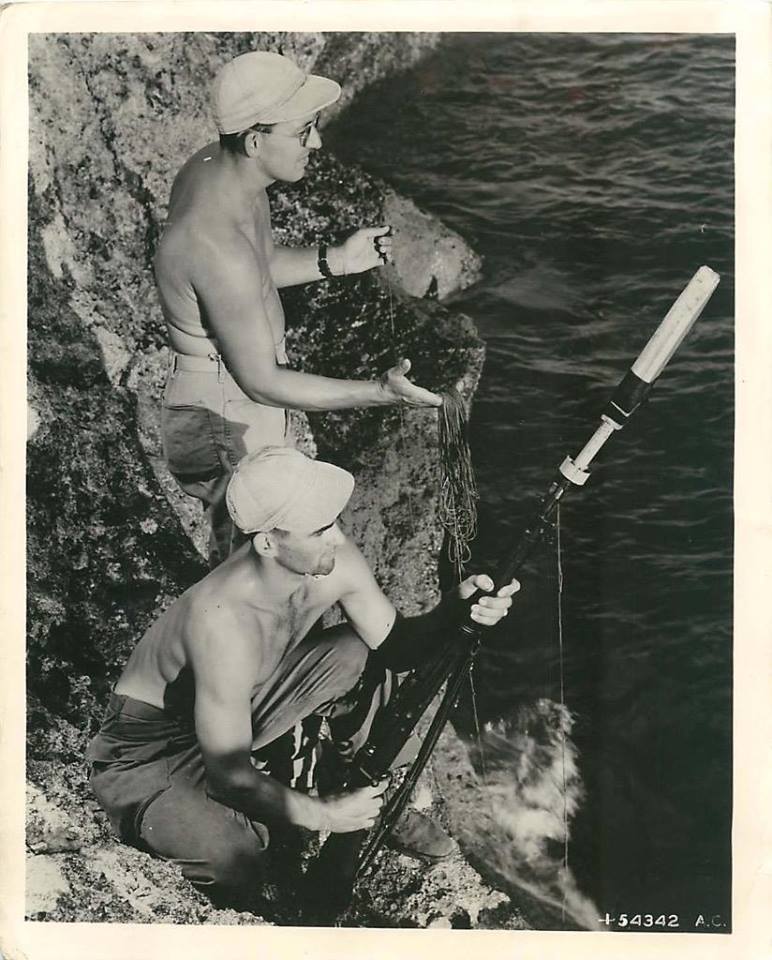 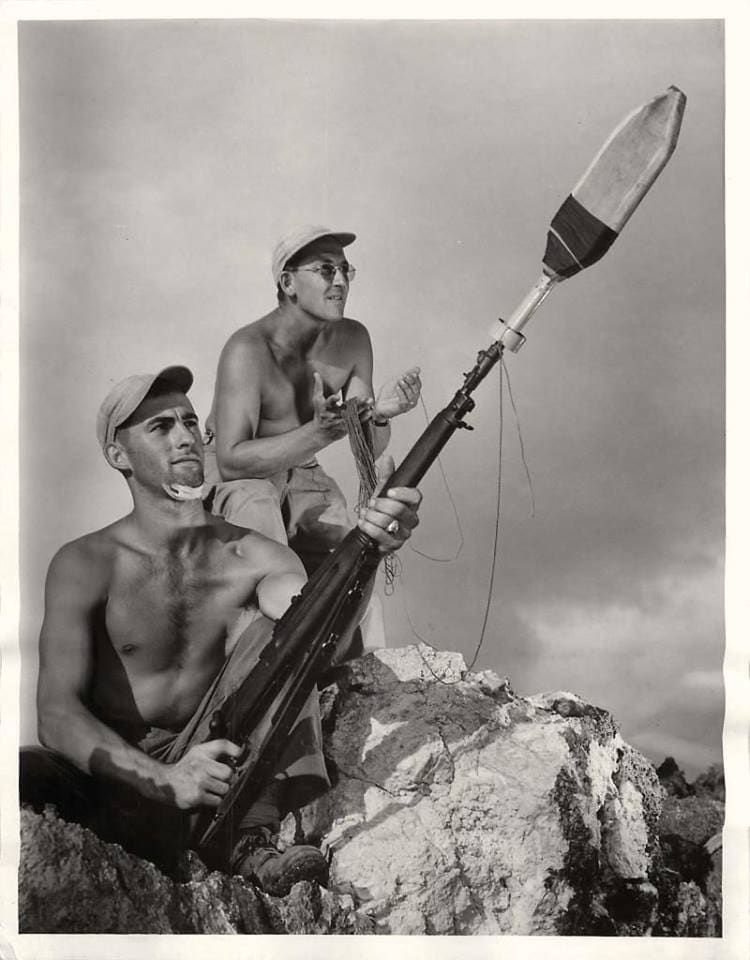 However, the enterprising servicemen, as noted by a Popular Mechanics article from January 1945, were able to use the launcher to zip a baited hook out to 200 yards for some “deep sea fishing, wartime style.” Whether or not these Marianas-based airmen-tuned-anglers, likely on the key strategic island of Tinian, were able to catch anything with their Rube Goldberg tackle wasn’t mentioned.

If you are curious, there is more on the mechanics of the M1 launcher below, but without the fish story.