March was the busiest month ever for background checks in Vermont 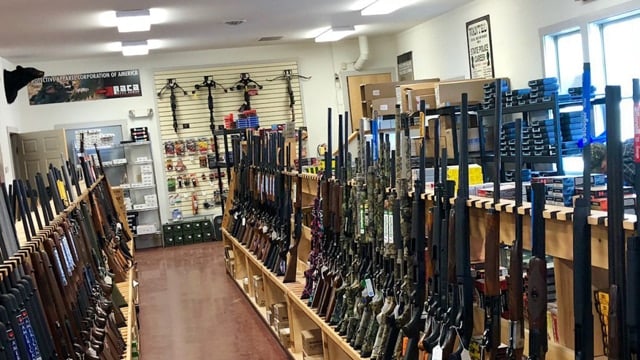 Background checks in Vermont surged to an all-time high last month as the state Legislature mulled a package of gun reforms in the wake of the Parkland shooting.

Dealers processed 6,177 applications through the National Instant Criminal Background Check System in March — more than the total number of checks in January and February combined and up more than 50 percent over 2017.

There’s a well-documented correlation between high-profile mass shootings and increased gun sales — most notably a 61 percent nationwide spike witnessed in the days after the Sandy Hook massacre in December 2012.  The second half of the month accounted for eight of the biggest days for background checks that year. Four of them made the FBI’s top 10 busiest days ever list and the week after the shooting still ranks as the single busiest week in NICS history.

The week of Feb. 26 through March 4 ranks the eighth busiest week in NICS history with 695,503 applications processed. It’s the same week a wave of corporations — including Dick’s Sporting Goods, Walmart, Kroger and L.L. Bean — announced changes to their firearm policies in the wake of the Parkland shooting.

The bill — which officially passed both chambers March 30 — expands background checks, places age restrictions on all gun sales and bans bump stocks and high capacity magazines. Likewise, NICS checks for both handguns and long guns in Vermont increased more than 50 percent in just one month. Checks for the “other” category, which includes any accessory that meets the definition of a firearm, tripled over last year.

Kenny Timson, who co-owns St. Michael’s Defense in St. Johnsbury, told VT Digger he can’t keep high capacity magazines in stock. Come October, the state will outlaw long gun magazines with a capacity over 10 rounds while handguns will be limited to 15 rounds.

Rep. Martin LaLonde, a Democrat from South Burlington, said during floor debate the ban — which he introduced — would keep the state safer.

“Let’s say a shooter has to use 10-round magazines instead of magazines that hold 30, 50, or 100 rounds,” he said. “In that case, for every 100 rounds fired, that 10-round limit would afford six to nine more chances for bystanders or law enforcement to intervene during a pause in firing.”

The National Shooting Sports Foundation told Guns.com this week the bill is unnecessary. “The Vermont legislature, at the urging of Gov. Phil Scott, rammed through legislation while shutting out the voice of Vermont gun owners,” Lawrence G. Keane, senior vice president of the National Shooting Sports Foundation. “Vermont is among the safest of states and this legislation won’t advance public safety. Instead, it strips Vermonters of their inherent right to self-protection.”

The state measures echo proposals on Capitol Hill that went nowhere in the weeks after a teenaged gunman murdered 17 people at his former high school in southern Florida in February. Congress did, however, enact stiffer penalties for state and federal agencies who fail to update criminal records in the databases feeding NICS as part of a budget deal struck last month to keep the government operating until September. The Department of Justice — at the insistence of President Donald Trump himself — proposed a new rule banning bump stocks, six months after the devices were found attached to a dozen rifles in the Vegas shooter’s hotel suite.