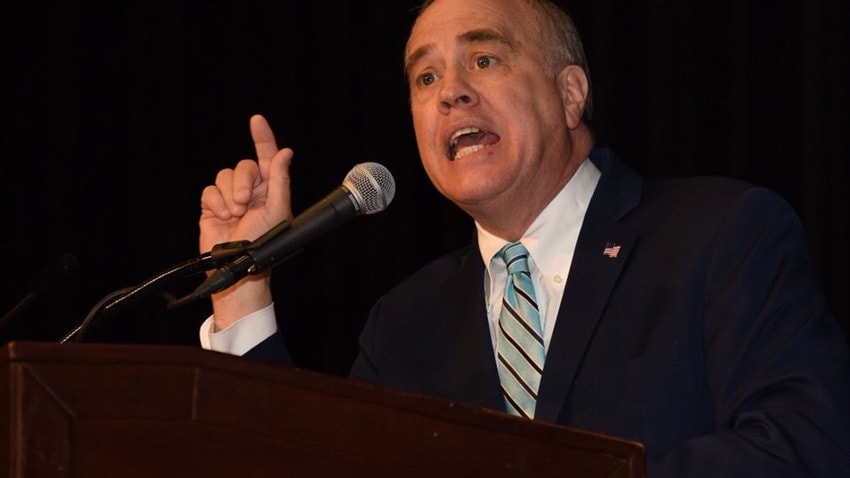 “If gun violence continues unabated in society — public outcry and calls for action may grow and create significant financial risk for the company,” DiNapoli said in one letter, the magazine reported.

Financial companies and other businesses reacting to the public outcry from the deadly school shooting in Parkland, Florida, have been reviewing and altering policies regarding gun sales. The incident involved a 19-year-old gunman who bought his AR-15 rifle legally despite complaints to law enforcement. He gunned down 17 people and injured 15 others on Valentine’s Day.

Citibank was the first bank to release a coherent policy raising the bar for businesses seeking funding for to sell firearms. Analysts argued Citibank’s policy could serve as a template for other financial entities wanting to restrict gun sales by clients.

The company’s chief executive said they considered important nuances regarding the issues that lead to gun crimes. Citi’s policy changes include requiring background checks, restricting sales for buyers under 21, and banning bump stocks and high-capacity magazines.

DiNapoli’s office contacted the chief executives of Mastercard, Visa, American Express, Discover, JPMorgan Chase & Co., Bank of America, Wells Fargo, First Data Corp, and Worldpay. He argued processing gun sales could harm their reputations and in turn value. Few banks since the Parkland shooting have released public statements, but the public pressure has had an impact.

JPMorgan has been identified as one of the major financial companies shouldering debt of the embattled Remington Outdoor Company, which filed for bankruptcy protections last month. The gun maker was reportedly turned down by some 30 lenders. But the financial giant is expected to turn the company over quickly.

BoA said it would ask companies that make military-style weapons how they could help end mass shootings. But added that has a “limited number of clients” in the industry. Following Remington announcing plans to file for bankruptcy, BoA backed out of an agreement to provide a loan to keep the gun maker operational during the transition.

Wells Fargo already said it plans “to engage our customers that legally manufacture firearms and other stakeholders on what we can do together to promote better gun safety for our communities.” The company has an ongoing relationship with the National Rifle Association that involves a $431.1 million loan.

Before the Parkland shooting, Mastercard partnered with Bass Pro Shops & Cabela’s to create a “club” card that offers rewards for the outdoor stores. Both stores maintained they would continue selling guns and AR rifles.

Improving standards in the name of public safety for businesses wanting financial assistance is nothing news, but the effort by advocates taking shape could have negative consequences. For instance, the Justice Department led a fraud prevention initiative during the Obama Administration to allow banks to end services with merchants deemed “high risk.” Only, the list was so broad and possibly effected legal businesses, so last year Congress approved measures to end the program.

While New York’s public pension is urging companies to make it harder for the gun industry (if companies fail to implement proposed policies, the fund still has money tied up in it. The pension has some $8.6 million reportedly tied up in the industry. Yet, divesting from the gun industry isn’t as easy as it sounds.

In 2013, DiNapoli put a freeze on investments on public companies Smith & Wesson and Sturm, Ruger & Company, and then added the companies to a “restricted list” and sold off the shares. But shares of Olin Corp, a chemical company that owns Winchester Ammunition, were kept and excluded from the restricted list. A spokesman for New York’s teacher pension described the $8.6 million as part of a broad market index fund.