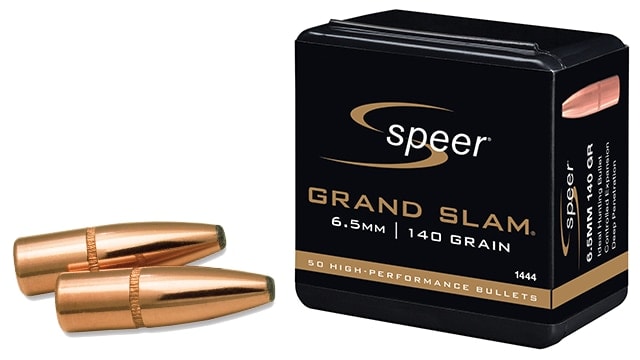 Speer says reloaders can expect to see 140-grain 6.5mm, 100-grain 243 cal. and 120-grain 257 cal. bullets on the Grand Slam lineup. Designed for hunters looking to “blow through thick hides, heavy bones and tough bodies of the world’s biggest game—without sacrificing accuracy,” the series already boasts a bevy of calibers including .308 .338 and .284. 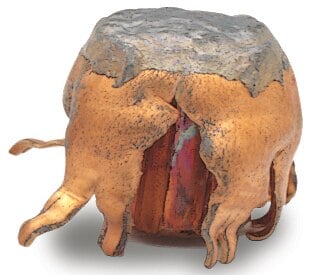 The bullet is designed to offer expansion and deep penetration. (Photo: Speer)

The Grand Slam bullet features a tapered, precision-drawn jacket with long nose. Upon impact, the bullet’s internal jacket flutes providing consistent, reliable expansion; however, the bullet still retains most of its weight allowing for deeper penetration, according to Speer.

The new Grand Slam offerings will ship 50 to a box with shipments currently on their way to dealers and distributors. The 6.5mm and 243 cal. bullets are priced at $29 while the 257 cal. comes in slightly higher, retailing for $33.