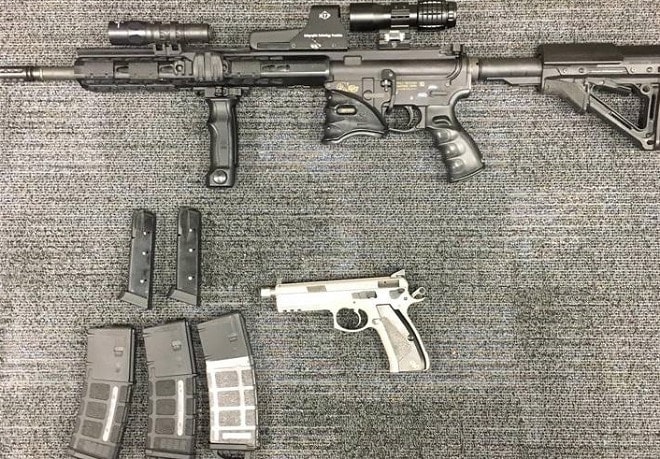 Authorities in Contra Costa County announced the arrest of a man who allegedly smuggled guns and magazines legally bought in Nevada into California where they are banned.

The man, Virgilio Salazar, 50, of Antioch, was arrested late last month as part of a task force effort after he allegedly purchased guns and magazines in Nevada and brought them back to the San Francisco Bay Area to resell. Police seized “a .223 Colt AR-15 assault rifle, CZ 9mm semi-auto assault pistol, three large capacity rifle magazines, and two large capacity pistol magazines,” during a search of Salazar’s home.

He was booked on felony charges under California law that include importing an assault rifle, possession of an assault rifle, and importing large capacity magazines. Salazar was released on $300,000 bail. Of note, the Contra Costa County Superior Court felony bail schedule, by comparison, sets bail for those charged with rape at $100,000 and child beating at $50,000.