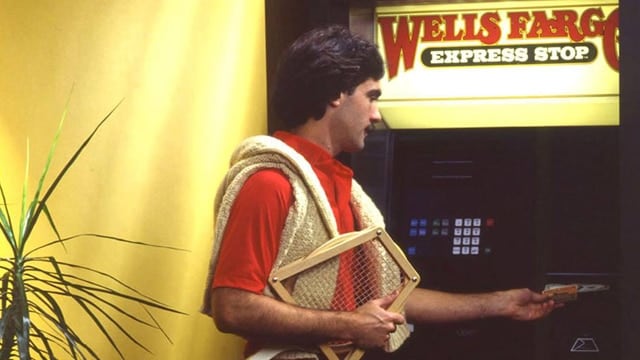 Wells Fargo & Company defended business practices after a national teachers’ union threatened to cut ties with the bank if it continued investing in the National Rifle Association and gun makers.

The American Federation of Teachers on Friday published an exchange with Wells Fargo that began with AFT president Randi Weingarten saying if the bank continued in the “arms business” then the organization would “dump” its Well Fargo mortgage program. The program has directed more than 20,000 members to the bank’s services.

Weingarten’s initial letter listed questions asking the bank to clarify its involvement with gun businesses. Wells Fargo has reportedly become the preferred financier for the U.S. firearm industry. The bank has helped two of the biggest publicly traded gun companies with $431.1 million in loans and bonds since the 2012 Sandy Hook school shooting and has held a longterm relationship with the NRA by providing the gun lobby a $28 million credit line.

In response to AFT’s ultimatum, Wells Fargo chief executive Tim Sloan said his bank has “a strict due diligence process” to ensure gun manufacturers comply with both state and federal law before accepting them as customers. “Our role as a bank is to lend responsibly and offer related services to customers, companies, and projects that meet all necessary legal requirements and policies,” he said. However, he declined to answer direct questions about customer relationships.

In their letters, both groups agreed to meet to further discuss the issue, but details about when and where that meeting will take place are unavailable. When asked, an AFT spokesman pointed Guns.com to the organization’s press statement for more information.

Financial services and business relationships with the gun industry have gained intense scrutiny since February’s school shooting in Parkland, Florida. On Valentine’s Day, a gunman entered Marjory Stoneman Douglas High School with an AR-15 rifle and murdered 17 people and injured 15 others. Since federal lawmakers have in recent history failed at every attempt to advance major gun control measures, a student-led movement to change gun policies began targeting corporate America.

The movement, which has had financial support from national gun control organizations, has successfully influenced other financial institutions to either review or alter their policies. Last week, the world’s largest money manager, BlackRock Inc, which has $1.7 trillion in active funds, introduced investment funds that exclude gun businesses. Two weeks ago, Citgroup said it will require gun makers and sellers to comply with certain policy guidelines such as banning “assault weapons” and restricting those under 21 from buying firearms.

While groups like the NRA have a stranglehold on lawmakers, they have had less influence over businesses. Analysts have pointed to Citigroup as a model for other banks wanting to take an active role in re-shaping gun policy. Inspired by the move, gun control group Everytown for Gun Safety published coherent guidelines for other companies considering making such changes.

Many of the policies, however, were bolstered by major retailers like Dick’s Sporting Goods, which was the first after the Parkland shooting to implement policy changes setting age restrictions and banning “assault weapons” and high-capacity magazines. The company was joined by retail giant Walmart and a variety of other chains.

The movement initially attacked the NRA for its opposition of gun control policies. The public outcry resulted in 24 companies ending partnerships with the gun lobby as well as insurance companies breaking away from underwriting NRA-branded self-defense policies, a business endeavor that launched last year.

Although President Trump, who has broad support by the NRA, initially advocated for a range of both pro- and anti-gun policies following the Parkland shooting, he has since adopted talking-points provided by gun groups. The industry has staunchly defended current practices and has argued that such tragedies could be avoided with better enforcement of existing gun laws.