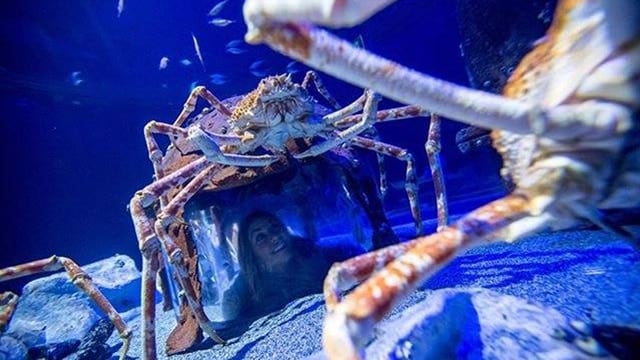 A visitor at the Wonders of Wildlife National Museum and Aquarium uses a “pop in” window to view Japanese Spider Crabs. (Photo: Wonder of Wildlife/Facebook)

The Wonders of Wildlife National Museum and Aquarium opened in September after Morris spent more than a decade planning the 350,000-square-foot facility near Bass Pro Shops headquarters in Springfield, Missouri. The facility — featuring 4-D interactive trails and exhibits with 35,000 species of fish, mammals, reptiles and birds — won USA Today’s best new attraction in 2017. Caves are one of the many ecosystems featured at the museum and aquarium. (Photo: Wonders of Wildlife/Facebook)

Morris said the museum celebrates “people who love to hunt, fish and act as stewards of the land and water.”

“This recognition is a tribute to hunters, anglers and conservationists everywhere whose significant contributions have been protecting our nation’s fish and wildlife for generations,” he said of the win in January. “We are deeply grateful to all of the remarkably talented artists, craftsmen and women, leading conservation organizations, biologists and other supporters who contributed to the creation of this facility.” 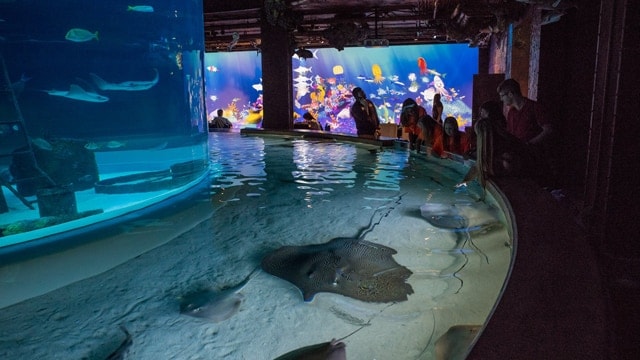 The “Aquarium Adventure” introduces guests to more than 800 species living in and among the globe’s water habitats, including sharks, rays, jellyfish, eels, eagles, otters and giant game fish “that belong on every angler’s bucket list.”

Wonders of Wildlife faces off against 19 other nominees, including the National Aquarium in Baltimore, the Florida Aquarium in Tampa and the Seattle Aquarium in Washington.

Voting ends April 30 at noon and the winner will be announced May 4.