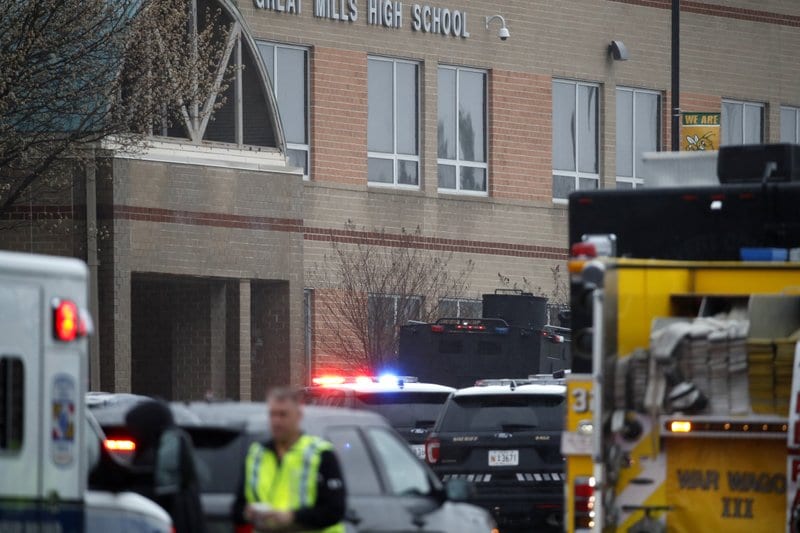 Law enforcement in southern Maryland said the teenager who shot and killed his ex-girlfriend at Great Mills High School last month turned the gun on himself after the attack.

Questions lingered about whether St. Mary’s County Deputy Blaine Gaskill killed 17-year-old Austin Rollins when the two exchanged gunfire just before 8 a.m. on March 20, moments after Rollins shot two other students with a handgun stolen from his father.

Gaskill’s intervention received high praise from Cameron and other local officials in the days after the shooting.

Gaskill’s response comes in stark contrast to the inaction of Broward County Deputy Scot Peterson in Parkland, Florida last month. Peterson retired voluntarily after video footage revealed him idling outside Marjory Stoneman Douglas High School while a 19-year-old former student armed with an AR-15 hunted down students and teachers inside.