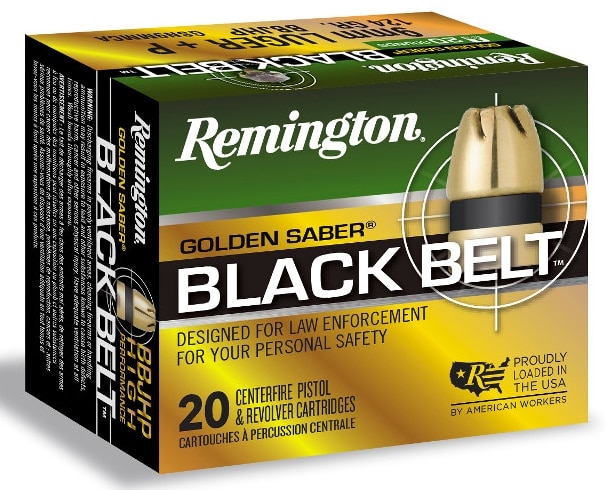 Available in three models, the new loads feature the company’s Black Belt bullet. Remington said the bullet was created using the Federal Bureau of Investigation’s Barrier Test Protocol in order to achieve “optimal performance.” The Black Belt bullet offers a brass jacket construction with hollow point cavity and spiral nose cuts. The round also adds a Mechani-Lokt belt and hourglass shape to lock the core and jacket together at both the mid and rear sections of the round. 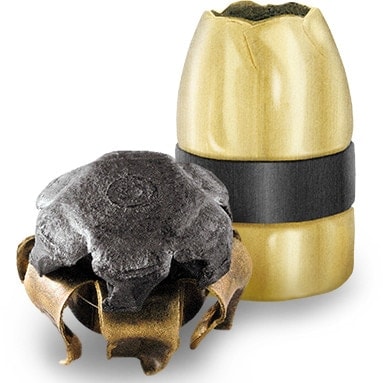 In all, Remington says the engineering behind the load delivers consistent expansion and penetration.

“The characteristics collectively provide consistent expansion, penetration and weight retention for absolute predictable terminal performance,” Remington said in a press release. “Finally, the driving band located at the rear of the bullet insures proper alignment in the bore for maximum accuracy.”

The Golden Saber Black Belt will initially be offered in 9mm Luger — standard and +P — along with .40 S&W and .45 ACP.