Sig demonstrates their P365 and some new accessories (VIDEO)

Hana Bilodeau of Sig Sauer demonstrated the P365 pistol and a few accessories at the Arizona Game and Fish Expo.

The P365 is Sig’s new micro 9mm pistol that they launched earlier this year at SHOT Show. It comes with two 10-round magazines, one with an extended floorplate and one that has a flush mounting floorplate. Also available now is an extended 12-round magazine that can be currently purchased for $55.

Available in a few months is a laser grip module called LIMA. There will be red laser model and a green laser model. They are expected to have an eight-hour runtime on a 1/3N battery. The laser will be activated by gripping the gun. The user will also be able to turn on and off the laser with a button on the leading edge of the grip. MSRP on the red LIMA unit will be $179, and green will be $239.

Bilodeau then demonstrated the P365 with the various magazines. With her small hands, she could just get her hand on the gun’s grip with the flush mount 10-round magazine. But with the extended grip 10-round and 12-round magazines, she was able to get her whole hand comfortably on the gun. 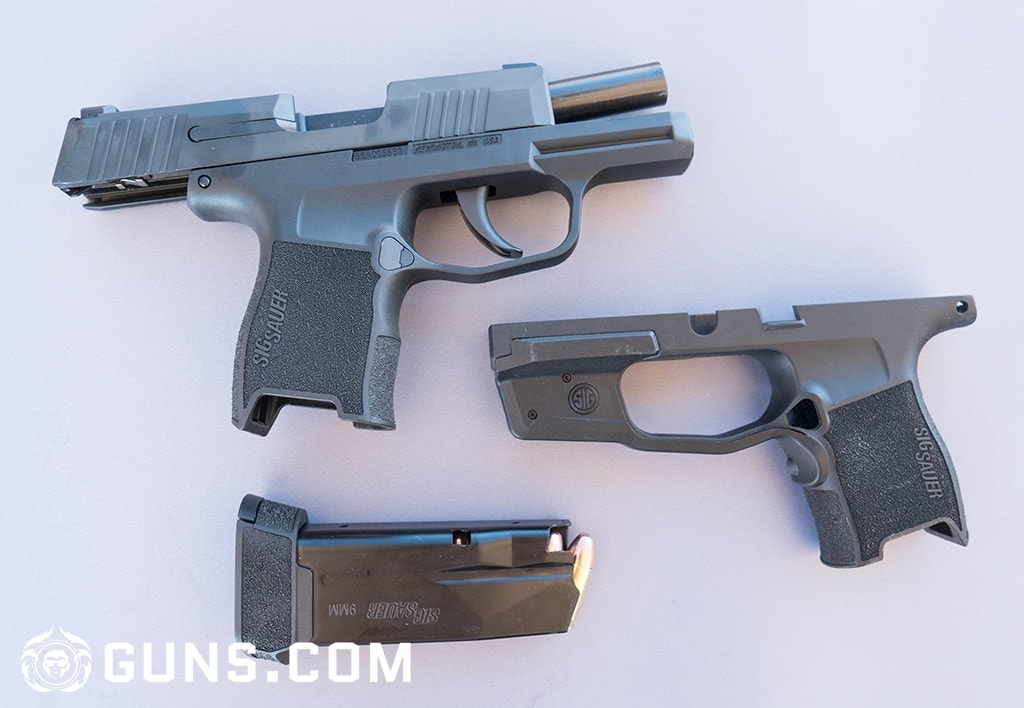