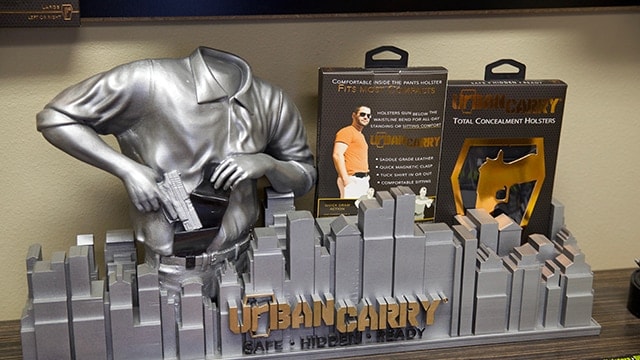 Urban Carry made its mark on the gun gear industry with its unique approach to concealed carry holsters. Accommodating both civilians and law enforcement with its designs, the holster maker has repeatedly garnered attention for its non-traditional methods.

The brainchild of founder Dave Foster, the idea for Urban Carry was born at a desk as Foster tinkered with an electronics project. Foster remembers constantly adjusting the firearm digging into his side as he worked. Determined to find a more comfortable way to carry, he set out to find a better option. After well over $1,000 sunk in gear that brought him no closer to his concealed carry goal, Foster decided to take it upon himself to create a system that would suit his needs.

The first prototype was about as basic as it could get — crafted from notebook paper, staples and tape. (Urban Carry still has that prototype tucked away for posterity.) The next iteration was a step up but bulky and big, a factor Foster said he knew wouldn’t fly in the concealment world. Continually tweaking and working, the Urban Carry G1 slowly began to emerge.

“We wanted to keep it simple. Finding the right shapes and sizes were actually very challenging and required a lot of thought and testing,” Foster told Guns.com. “We launched the idea at a local gun show and were surprised at how many people were having the same issues that this simple idea resolved.” 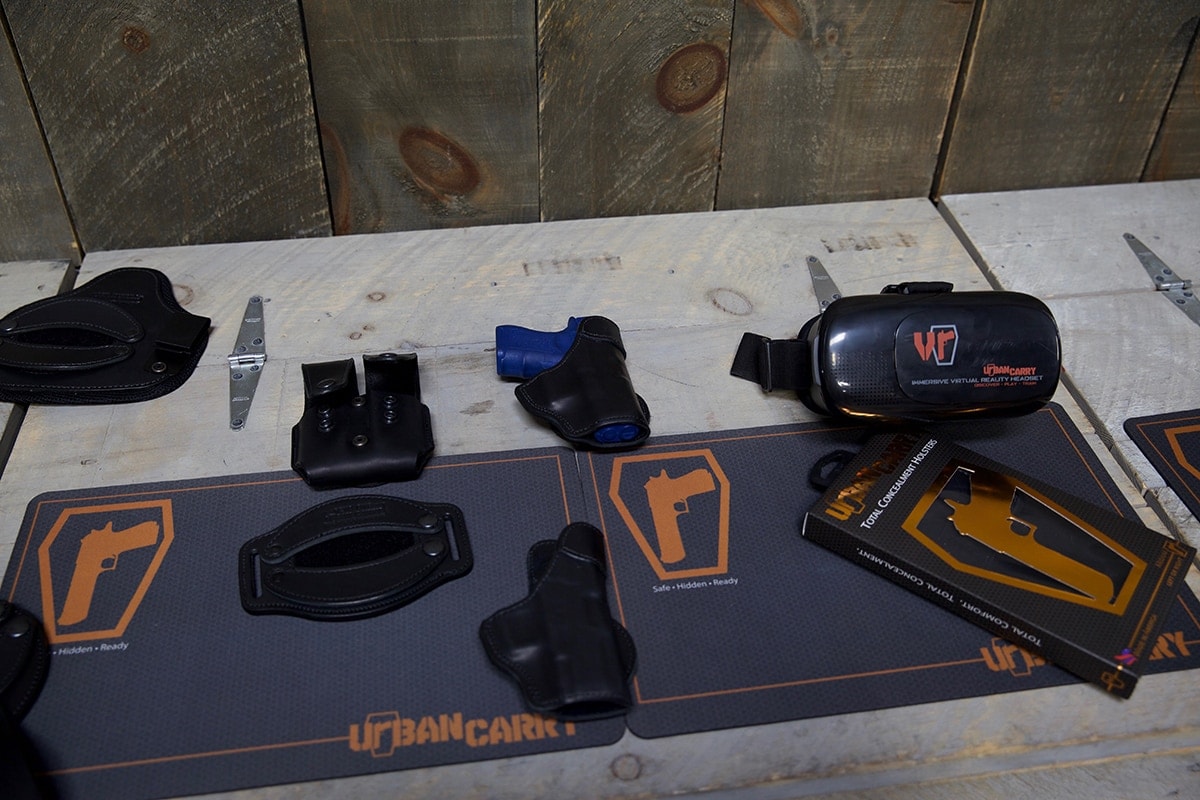 Since that time Urban Carry has moved past the G1, introducing the G2 followed by its Revo modular holster system. Though the company has toiled away creating its designs, Foster says the real work has been in educating the public. Urban Carry’s products are the epitome of outside the box. In a world of molded Kydex and rigid leather, the Urban Carry’s design stands out and its uniqueness requires the company to take proactive measures to ensure consumers are getting the most from the holsters.

“The Urban Carry is completely different from any other holster.Typically when you look at a holster it’s usually some version of a design that’s been around for nearly 100 years and people are very familiar with it. A lot of concealed carriers are used to what they are used to…most are wary of change,” Foster said. “The Urban Carry pushed the envelope of holster design by being different and there are a couple things people often have wrong assumptions with.”

“From those who stitch the leather to those who help keep our customers satisfied, we love the team we have working with us at Urban Carry, and we love the people in the industry. Above and beyond though the most rewarding side of Urban Carry are the stories from our customers,” he said. “Customers provide the passion that drives us to keep training and keep manufacturing great holsters.” 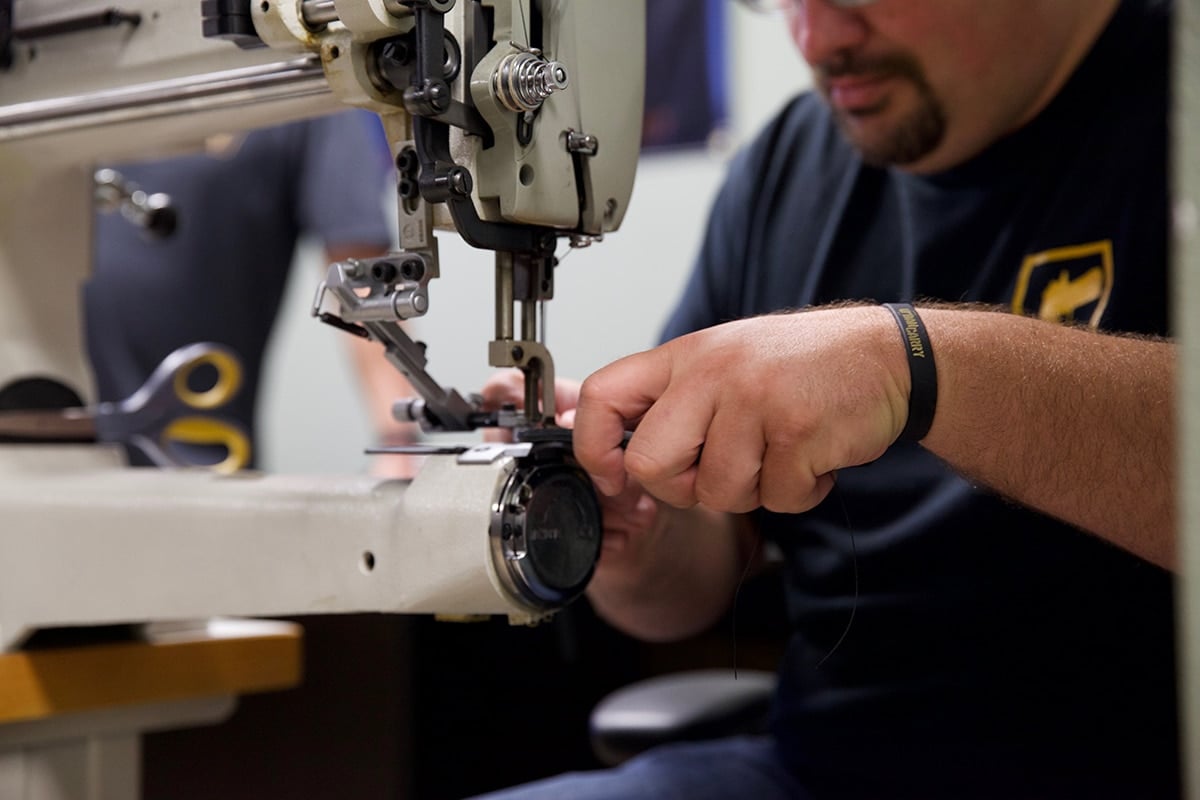 Urban Carry never stops tweaking its creations, altering materials and adding options. Foster told Guns.com that the team is testing and working with new materials for its G2 holster while also expanding shells for the Revo lineup and adding more utility style holster options for law enforcement, fire and EMS. The company isn’t just sticking to holsters, though. Foster explained that Urban Carry is looking to forage a new technology driven path in 2018.

“Outside of our holsters we’re planning a number of mini-documentaries to help educate the population of many things going on in the firearms community in relation to politics along with some other increasingly important situations that we feel the general population needs to be aware of. We are also expanding our (virtual reality) training videos later this year,” Foster said.

In addition to working on videos, the company is also undertaking a new project, one they’ve termed “Gary the Gun.”

“Something we’re working on now is a live stream of a new ‘employee,’ Gary the Gun, a Glock 43 who really wants to educate the world not only about gun safety but to also show that he, as a gun, doesn’t shoot anyone and can’t operate by himself,” Foster said.

When it launches near the end of April, Gary the Gun will livestream 24 hours a day, seven days a week in a move Foster said will outright show viewers that guns are not the problem. In addition to watching Gary, viewers will be able to interact via chat on the live feed.

Foster knows that Urban Carry is different from most with the products it develops and produces, but this divergent thinking, he says, its the company’s strength.

“We don’t like to do the same thing that’s already been done. We always try to set the bar for the industry while still keeping our products very practical. Our primary goal and focus is to help comfortably arm responsible citizens and we continue to innovate in order to do so.”