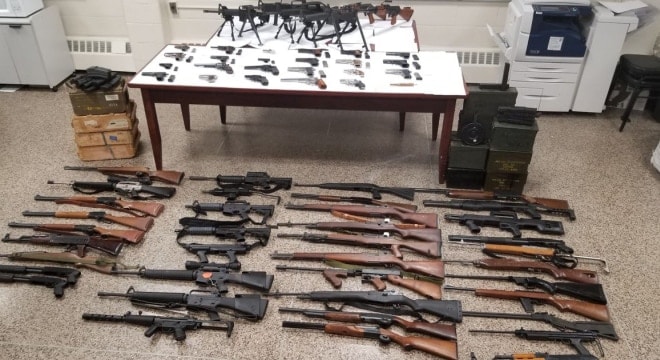 The guns and ammo were found in the basement of a 60-year-old man’s home in Queens after a search warrant (Photos: NYPD)

Officers with the 81st Precinct in the Bayside area of Queens seized over 60 guns and quantity of ammunition from an area man after a tip about illegal weapons.

Queens District Attorney Richard Brown announced Monday that Ronald Drabman, 60, was arrested over the weekend and charged with a staggering 110 weapons violations, mostly for criminal possession. Following a search warrant of his home’s basement, authorities seized 45 long arms, 23 pistols, a zip gun, a couple of airguns and 50,000 rounds of ammunition.

“The defendant is accused of using his home as a warehouse for illegal firearms – along with tens of thousands of rounds of live ammunition,” Brown said. “This stockpile of weapons poses a great risk to the residents of Queens. It is extremely disturbing to find such an arsenal of firearms in a residential community.”

NYPD Chief of Intelligence Thomas Galati said the gun bust was one of the largest in the department’s history from a single individual and well as what he described as an “unprecedented amount of ammunition.”

The firearms shown off at the conference included a number of collectible arms or at least guns rarely seen in Queens. Among these are an AR with what looks like a Colt Light Machine Gun front end, a Mossberg bullpup shotgun, and a Franchi SPAS-12. One of the rifles seems to be a fairly rare Italian BM59 in a Nigerian pistol grip stock while a Mauser 1934 Pocket Model, Walther P-38, and a Browning Hi-Power rest on table display of pistols. 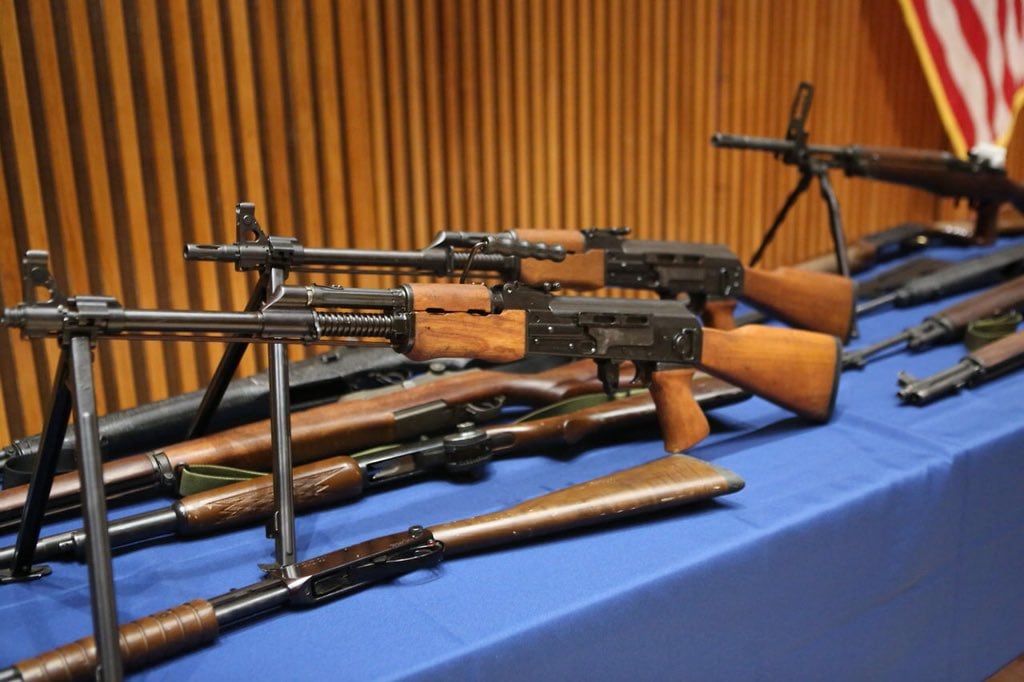 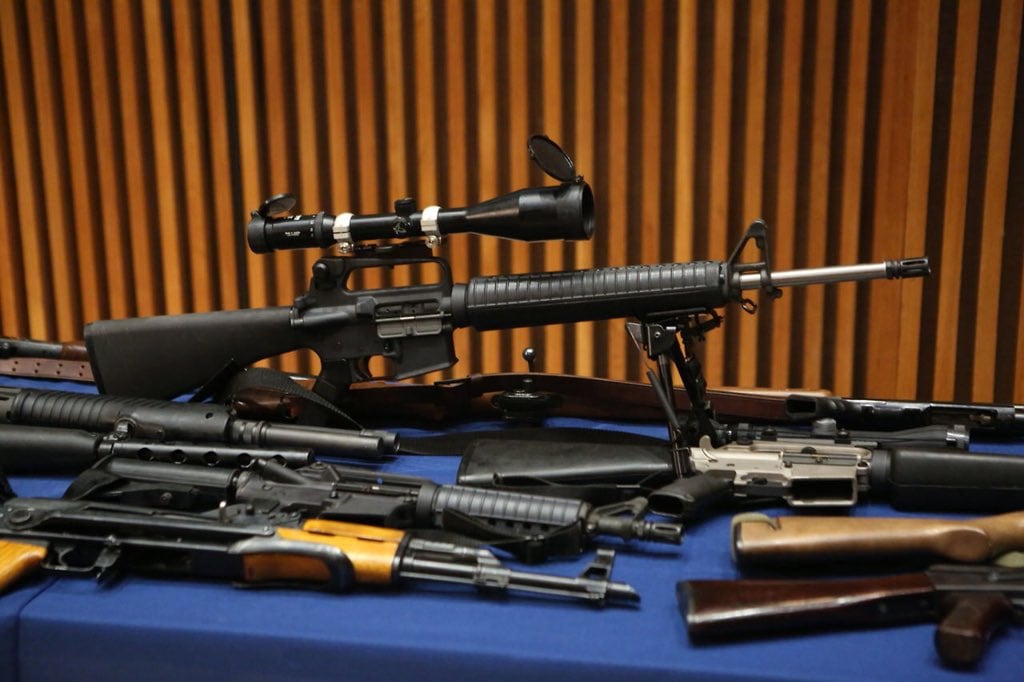 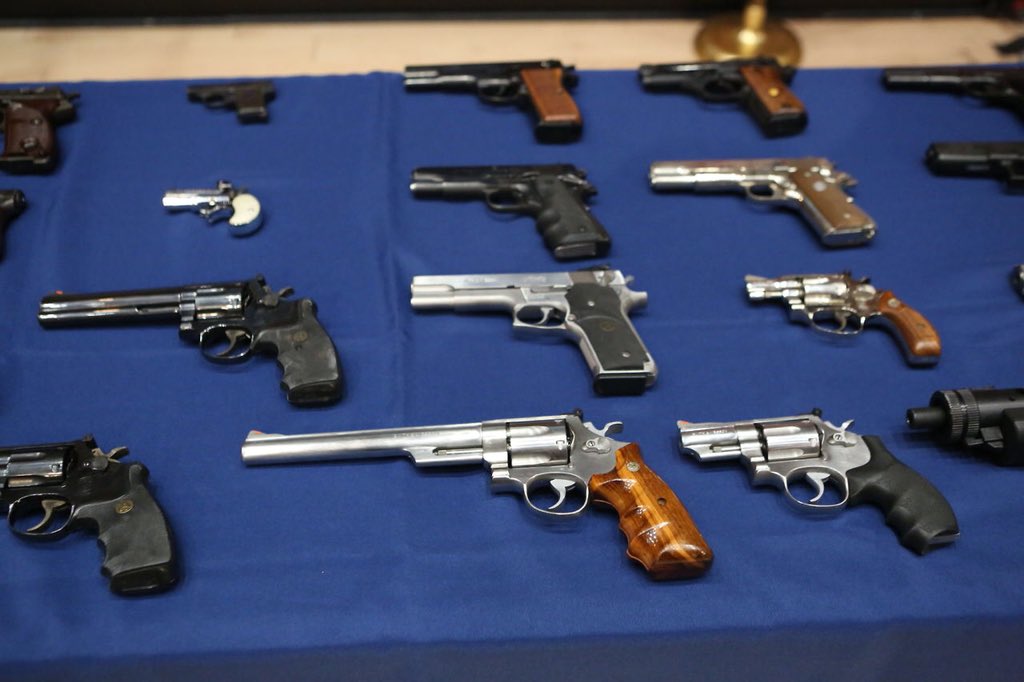 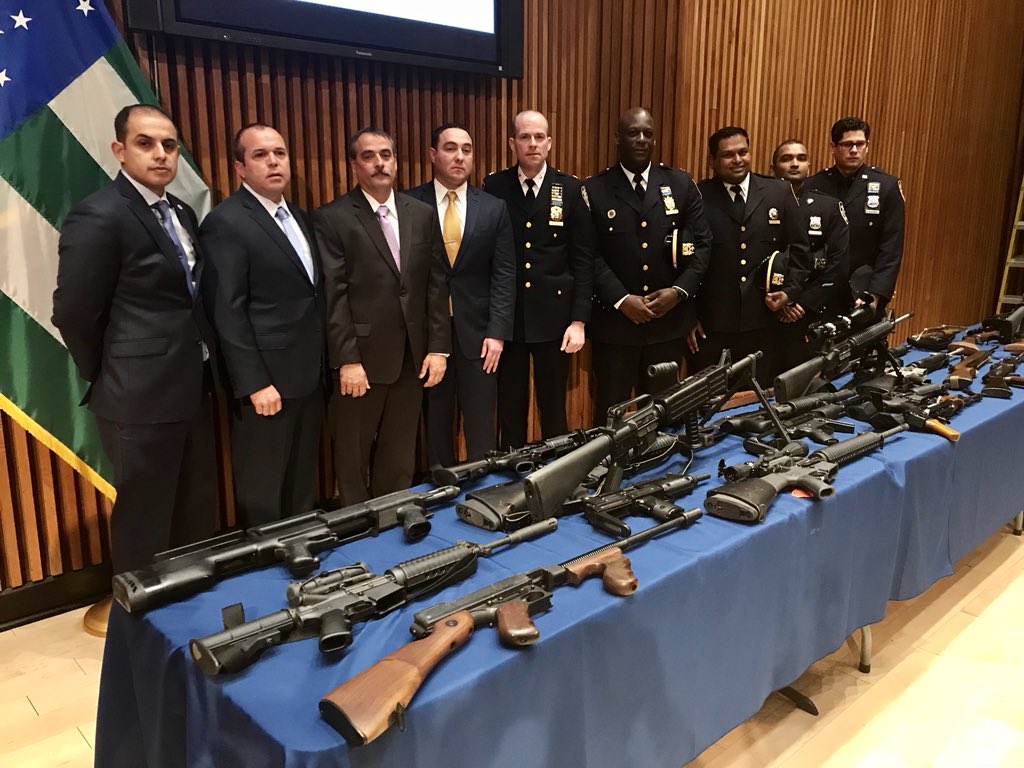 If convicted, Drabman faces up to 25 years in prison.