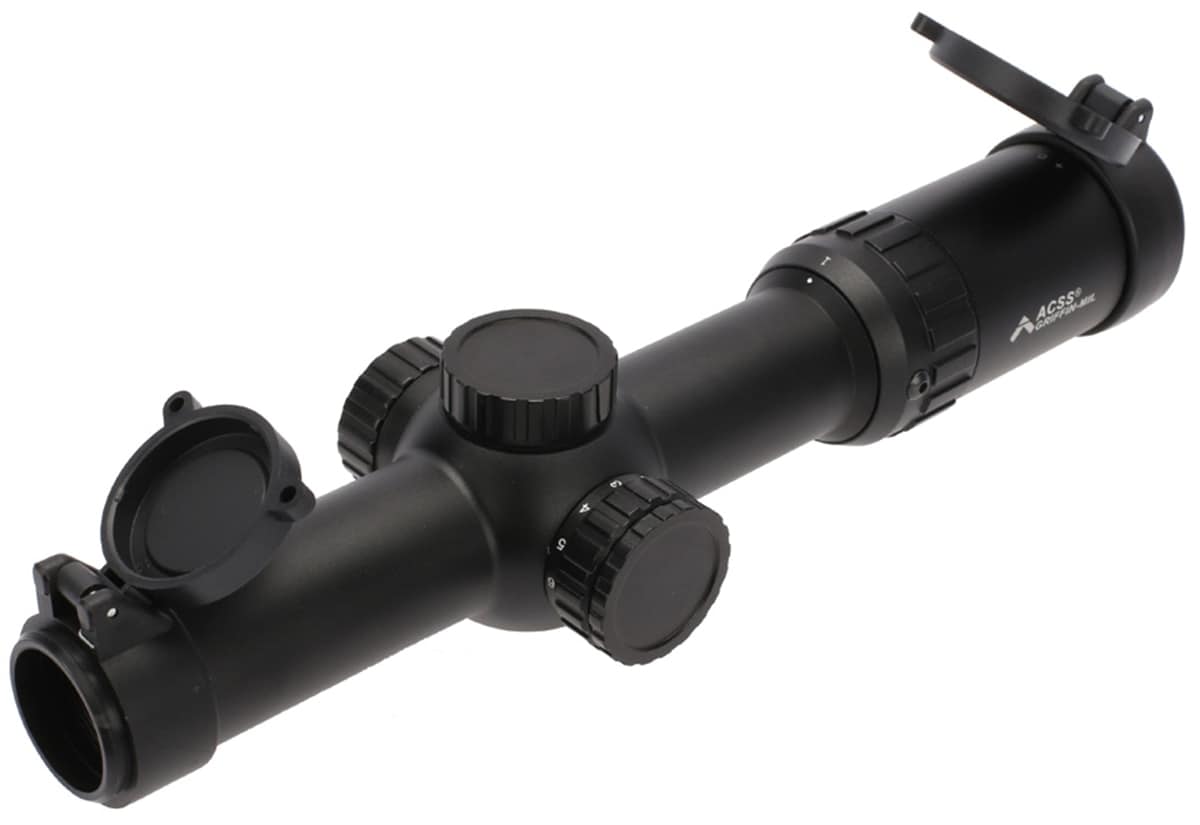 The Griffin Mil reticle can be used alongside common calibers like 5.56 NATO and .308 Win to compensate for bullet drop from 100 to 600 yards without having to manually calculate or move knobs. 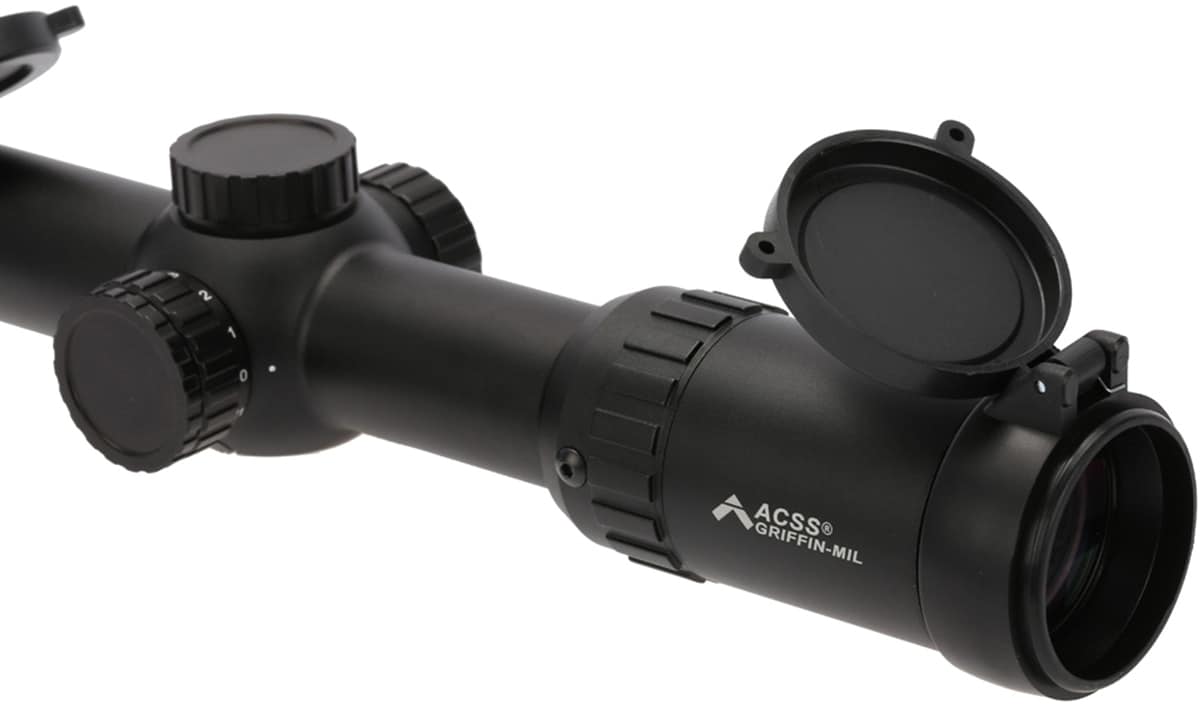 The scope is both waterproof and fogproof. (Photo: Primary Arms Optics)