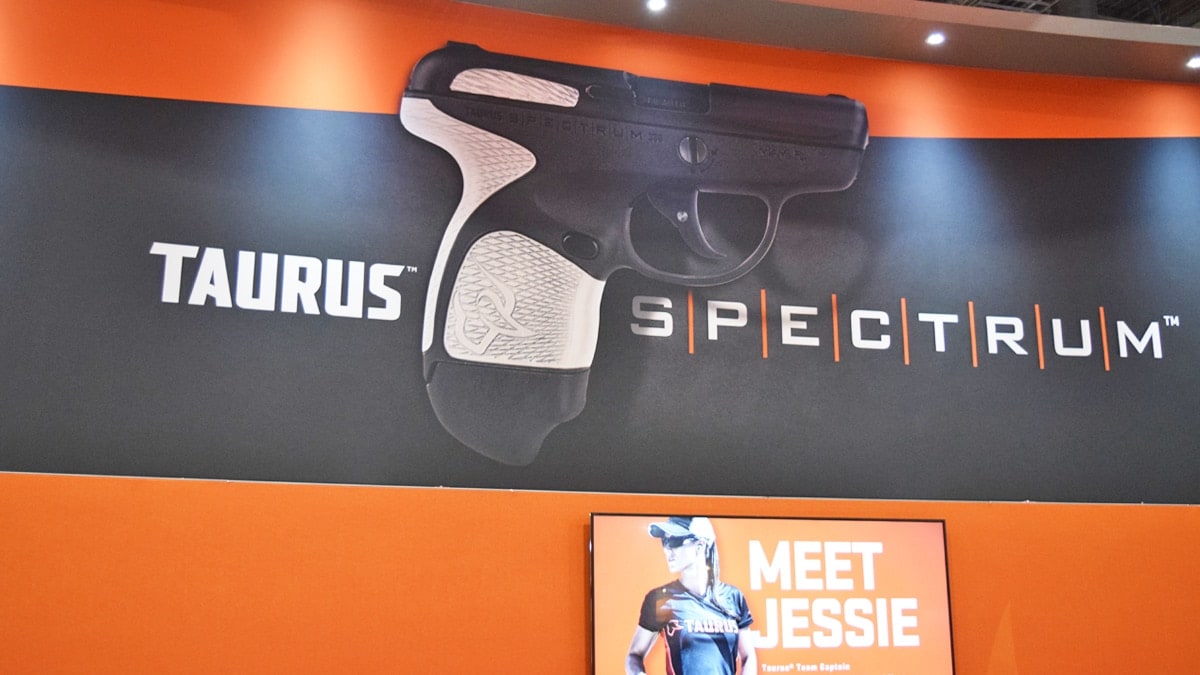 Pro-shooter Jessie Duff and the Taurus Spectrum were the popular attractions at the Taurus booth during SHOT Show 2018 in Las Vegas. (Photo: Daniel Terrill/Guns.com)

Taurus USA’s intentions to move operations from Florida to a new manufacturing plant in Georgia is in no way related to the Sunshine State’s recent change in gun laws, according to the company.

Questions regarding the intent behind the relocation were raised after the announcement last week. Taurus President and CEO David Blenker told Guns.com in an email that the move is not politically motivated. Instead, he said the decision to migrate was prompted by the need for growth and Georgia’s enthusiastic environment.

“We have considered this for several years as our current facility doesn’t provide us the opportunity to expand,” Blenker said. “Georgia is very welcoming and we are pleased with their eagerness to stand and support our industry.”

Florida Gov. Rick Scott signed a sweeping gun control measure, SB 7026, in March that placed age restrictions on the sale of firearm in addition to banning bump stocks or similar devices and mandating a three-day wait on most gun transfers. The measure was topped off with a “red flag” provision allowing law enforcement of family members of at risk individuals to file to have guns temporarily seized. The measure has caused backlash among Second Amendment supports, with several lawsuits filed in response to the new laws.

Taurus’ $22.5 million investment in Bainbridge, Georgia is expected to generate 300 jobs in the state. Though the move will prove fruitful for Georgia’s workforce, there have been concerns regarding current Florida employees. Blenker said Taurus is committed to its workforce and has made accommodations to allow existing employees to remain with the company.

“Our employees are important to our success and we value their roles with our company. We have offered our employees the opportunity to make the move with us and they are eager to work with the new workforce we are establishing in Georgia,” he said.

Construction on the new 200,000 square foot facility will begin in September 2018. Upon its completion, the plant will offer 180,000 square-feet of manufacturing space and 20,000 square feet of administrative space.