Border Patrol snares 3 aliens with a sampling of Kalash 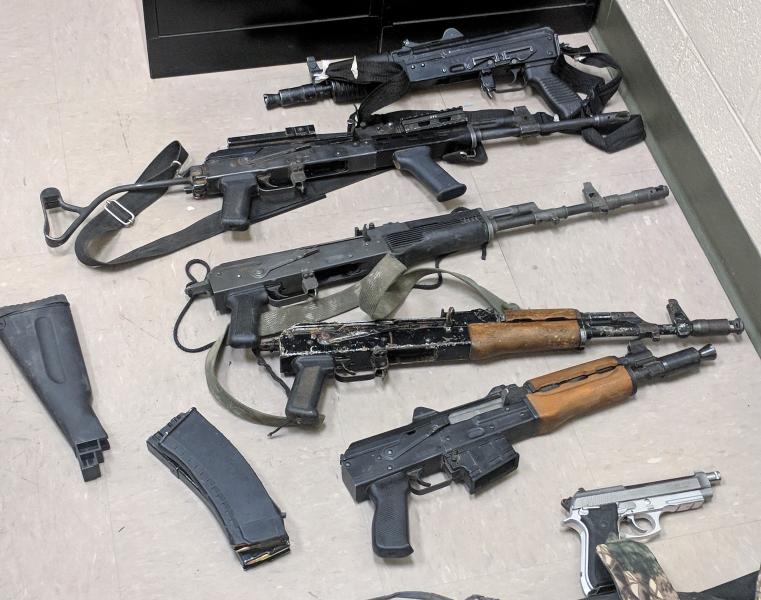 In an operation coordinated with multiple helicopters and U.S. Border Patrol Search Trauma and Rescue agents near Ajo, Arizona, authorities tracked two suspected armed aliens more than 17 miles of the border this week.

“Agents searched the area of the sighting using a canine and subsequently discovered multiple assault-style firearms and ammunition concealed under some brush, and an 18-year-old Mexican national man hiding nearby,” the agency said in a press release. In addition, two other Mexican nationals, 43 and 24, were taken into custody. All face a variety of immigration and weapons charges.

Interestingly, the guns run the gamut of the AK-universe with 7.62×39, 5.45x45mm and 5.56mm chambered firearms recovered. In the above image from Border Patrol, there appears to be a Bulgarian-made Arsenal SLR-106 pistol at the top with the side rail, a Hungarian AMD-65 style gun with a very un-Hungarian side-folding stock, what looks like an Arsenal SAM-7 rifle with the stock detached, some really beat AK that probably still runs like a champ, and a Century-imported Serbian-made Zastava M85 pistol with the mag well to accept AR mags.

All that’s missing is a pistol caliber model, a spiker, and an actual Russian-made variant. Send the canine back out!