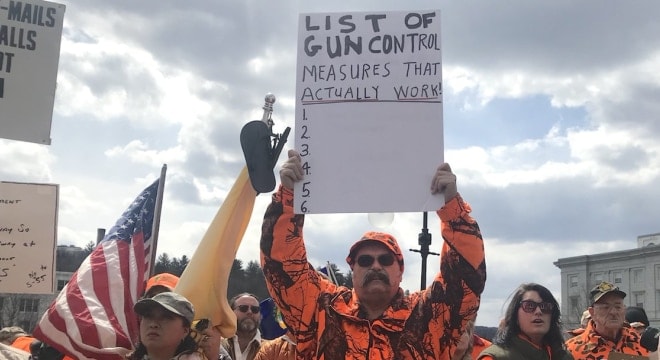 A group of gun owners, retailers, and Second Amendment groups are keeping a promise to see Vermont officials in court over a cap on magazine capacity.

Gun owner Leah Stewart along with retailers Powderhorn Outdoor Sports and Locust Creek Outfitters have joined with the Vermont Federation of Sportsmen’s Clubs and the Vermont State Rifle & Pistol Association to take the state to task over a recently enacted law that limits magazine capacity on rifles to 10 rounds and pistols to 15. The plaintiffs argue the move banned ordinary magazines for use by law-abiding citizens in a push that would have little effect on crime in the state.

“Millions of law-abiding Americans — and thousands of Vermonters — own the standard-sized magazines the State now deems ‘large capacity’ and bans,” said Chris Bradley, president of the VTFSC in a statement. “These magazines are commonly used for competitive sport shooting throughout the State, and many citizens also rely on them for home defense.”

The lawsuit, represented by Brady Toensing, a leader of the state’s Republican Party, and an attorney who openly protested the magazine ban, argues Vermont was founded with gun rights as a key, citing the Revolutionary War actions of Ethan Allen and the Green Mountain Boys.

“The State’s new magazine ban departs from this unique tradition and impermissibly burdens and infringes the fundamental right of law-abiding Vermont citizens to bear arms in their own defense,” Toensing said. “Accordingly, it is unconstitutional and invalid, and this Court should strike it down.”

Republican Gov. Phil Scott signed S.55 last week on the steps of the Statehouse in Montpelier, surrounded by a crowd divided over the issue of gun politics. While professing support for the Second Amendment, Scott argued the bill and others were needed to address public safety in the state.

At the signing ceremony, those opposed to the bill heckled Scott while some held signs promising to “See you in court, Phil.”‘ A rally at the Statehouse the week prior saw magazine supplier Magpul cite Vermont’s Revolutionary War patriots as gun rights groups were on hand taking donations for the planned legal challenge.

Under the law’s guidelines, magazines already in circulation will be grandfathered and there is a carve-out for Vermont-based gun makers as long as they market their magazines outside of the state, as well as a temporary grace period for non-residents using such magazines in competitions in the state.

In responding to the legal challenge, Scott said, “I’m confident the new law is consistent with the Vermont Constitution and appreciate the Attorney General’s support and commitment in defending State law.”